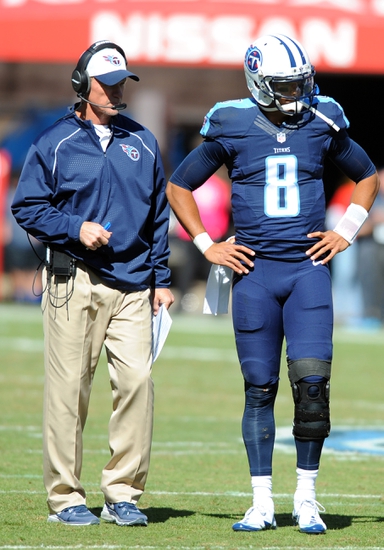 The Atlanta Falcons and Tennessee Titans square off Sunday afternoon at Nissan Stadium.

The Atlanta Falcons look for their third road victory in hopes of bouncing back from a loss to the Saints. Matt Ryan is completing 65.5 percent of his passes for 1,751 yards, eight touchdowns and four interceptions. Ryan has three touchdown passes in his last three games. Julio Jones and Devonta Freeman have combined for 934 receiving yards and five touchdowns while Leonard Hankerson has 22 receptions. The Atlanta Falcons ground game is averaging 130 yards per contest, and Freeman leads the way with 505 yards and nine touchdowns. Defensively, Atlanta is allowing 23.8 points and 369.5 yards per game. Paul Worrilow leads the Falcons with 41 tackles, Vic Beasley Jr. has two sacks and Robert Alford has seven pass deflections. Justin Durant is questionable with an elbow injury.

The Tennessee Titans look for their first home victory to snap a four-game losing streak. Marcus Mariota is completing 64 percent of his passes for 1,239 yards, nine touchdowns and five interceptions. Mariota is questionable with a knee injury. Kendall Wright and Delanie Walker have combined for 520 receiving yards and three touchdowns while Justin Hunter has 11 receptions. The Tennessee Titans ground game is averaging 107.6 yards per contest, and Bishop Sankey leads the way with 159 yards and one touchdown. Defensively, Tennessee is allowing 25.8 points and 313.6 yards per game. Zach Brown leads the Titans with 34 tackles, Derrick Morgan has 4.5 sacks and Da'Norris Searcy has three pass deflections. Avery Williamson and Sammie Hill are questionable.

The Falcons have had extra time to prepare for the Titans, and Mariota is banged up with a knee injury. The Titans have also lost eight straight home games. I'm not sure Tennessee has enoguh offensive firepower to hang with a rested Falcons team, especially with their rookie quarterback banged up.

Give me Atlanta by a touchdown.