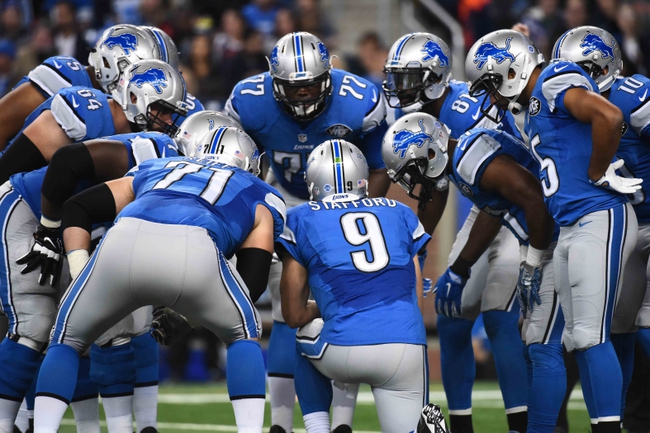 The Minnesota Vikings look for their first road victory to build on a solid start to the year. Teddy Bridgewater is completing 64.4 percent of his passes for 1,023 yards, three touchdowns and four interceptions. Bridgewater has thrown three picks in his last three games. Mike Wallace and Stefon Diggs have combined for 472 receiving yards and one touchdown while Jarius Wright has seven receptions. The Minnesota Vikings ground game is averaging 126 yards per contest, and Adrian Peterson leads the way with 432 yards and three touchdowns. Defensively, Minnesota is allowing 16.6 points and 351.8 yards per game. Eric Kendricks leads the Vikings with 29 tackles, Everson Griffen has three sacks and Xavier Rhodes has three pass deflections. Josh Robinson, Charles Johnson and Everson Griffen are questionable.

The Detroit Lions look for back-to-back wins for the first time since last season. Matthew Stafford is completing 64.6 percent of his passes for 1,610 yards, 10 touchdowns and nine interceptions. Stafford has five touchdown passes in his last two games. Calvin Johnson and Golden Tate have combined for 792 receiving yards and three touchdowns while Theo Riddick has 33 receptions. The Detroit Lions ground game is averaging 66.5 yards per contest, and Ameer Abdullah leads the way with 179 yards and one touchdown. Defensively, Detroit is allowing 28.7 points and 386.8 yards per game. Stephen Tulloch leads the Lions with 48 tackles, Ezekiel Ansah has five sacks and Darius Slay has six pass deflections. Brandon Pettigrew, Corey Robinson and Haloti Ngata are questionable.

The Lions are hard to back, as this team does anything and everything it can to lose games each week. While the Vikings haven't looked great on the road this season, they're easily the better team and should be able to control a Detroit club that has a brutal offensive line. I'll take the Vikings and the low chalk.