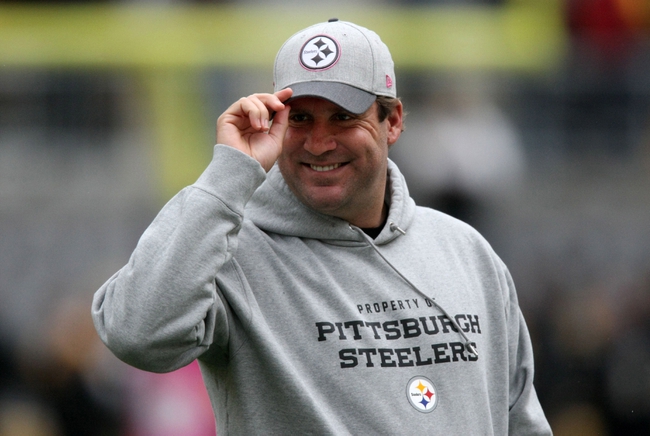 We’ve got just one more day to wait before Week 8 gets going in the NFL, when the Dolphins hit the road to take on the Patriots. In the meantime, let’s take our daily look at the headlines out there in the league.

As of right now, it’s looking like the Patriots’ Dion Lewis should be able to play tomorrow against the Dolphins.
Lewis was listed as limited in practice yesterday due to his abdominal injury, but as long as he doesn’t suffer a setback he should be good to go. He missed Sunday’s win against the Jets with his injury.

Cardinals DB Jerraud Powers has a Grade 2 sprain in his hamstring and will be out for a couple of weeks, according to the team.
With the loss of Powers, look for Justin Bethel to step into the starting lineup.

The Colts filled out their wide receiver corps yesterday, promoting Quan Bray from the practice squad.
With Phillip Dorsett on the shelf with an ankle injury, the Colts were in dire need of depth.

Ben Roethlisberger should be able to make his return on Sunday against the Bengals, though he did admit this week that he was experiencing some major soreness in his knee after returning to practice last Wednesday.
Steelers fans will want to keep an eye on Roethlisberger in practice these next few days, but as of right now it looks like he’ll suit up Sunday. He won’t be limited in practice.

The Texans released QB Ryan Mallett yesterday, surprising exactly no one. Mallett had shown some extreme discipline problems lately, starting with a sideline outburst in Week 5 and a missed flight to Miami this past week.
We’ll have to see if Mallett is able to catch on with another team; it’ll definitely be difficult given his recent circumstances.

The pick in this article is the opinion of the writer, not a Sports Chat Place site consensus.
Previous Pick
Top Ten Takeaways From Week 7 in the NFL
Next Pick
Top Five NFL Week 8 Games