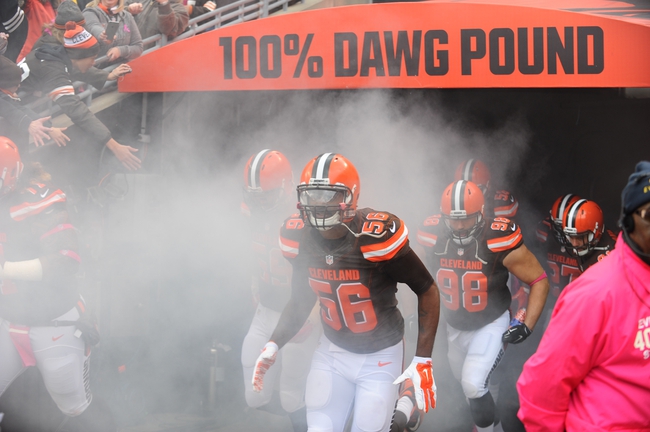 The Cleveland Browns and the Arizona Cardinals face off on Sunday in Cleveland in a week 8 NFL match up.

The Cleveland Browns are 2-5 this season and they sit in their place in the AFC North. The Browns offense is averaging 21 points and 364.1 yards per game and they have a minus six turnover ratio. Browns QB Josh McCown has completed 68.8 percent of his passes with eight touchdowns and three interceptions. Isaiah Crowell leads the Browns in rushing ad Duke Johnson is more of a pass catching threat with 31 catches out of the backfield while Travis Benjamin is the top receiver with 35 catches and four touchdowns and tight end Gary Barnridge has 33 catches and five touchdowns. The Browns defense is allowing 26 points and 393.1 yards per game with four interceptions, six fumble recoveries, and 12 sacks. Karlos Dansby leads the Browns in tackles with 54, Donte Whitner has 51 tackles, and Chris Kirksey has 37 tackles. The expectations were pretty high for the Browns this season but instead they just look like a work in progress.

The Arizona Cardinals are 5-2 this season and that is good enough for first place in the physical NFC West. The Cardinals offense is averaging 32.7 points and 406.9 yards per game and they are plus five in turnover ratio. Arizona QB Carson Palmer has completed 65.3 percent of his passes for 16 touchdowns and five interceptions. Chris Johnson leads the Cardinals ground attack with 567 yards and three touchdowns and Larry Fitzgerald is the top receiver with 46 catches and six touchdowns and John Brown has 37 catches and three touchdowns. The Cardinals defense is allowing 19 points and 321.1 yards per game with 12 interceptions, eight fumble recoveries, and 12 sacks. Deoe Bucannon has 51 tackles, Tyrann Mathieu has 43 tackles, and Kevin Minter has 40 tackles. The Cardinals are coming off of a short week and going on the road.

The Browns are getting 5.5 at home and with the Cards coming off of a short week they seem vulnerable but lilely the Cardinals are just too good and win and cover anyways.