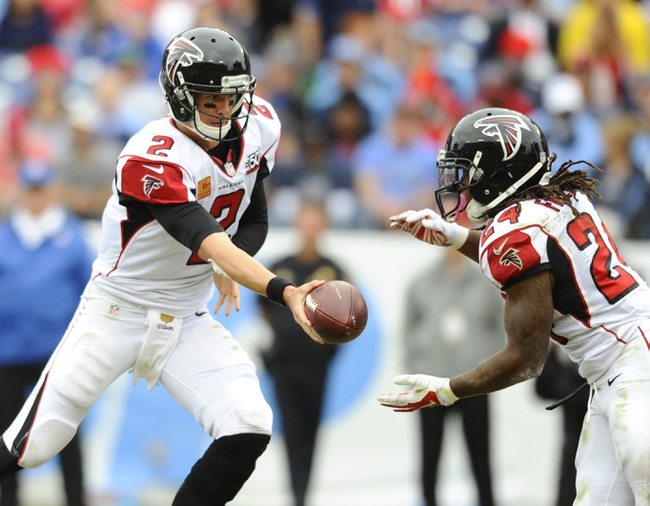 The Tampa Bay Buccaneers and Atlanta Falcons square off Sunday at the Georgia Dome.

The Tampa Bay Buccaneers look for their second road victory to bounce back after losing three of their last four. Jameis Winston is completing 59.1 percent of his passes for 1,471 yards, nine touchdowns and seven interceptions. Winston has five touchdown passes in his last three games. Mike Evans and Vincent Jackson have combined for 657 receiving yards and three touchdowns while Charles Sims has 16 receptions. The Tampa Bay Buccaneers ground game is averaging 133.7 yards per contest, and Doug Martin leads the way with 541 yards and three touchdowns. Defensively, Tampa Bay is allowing 29.8 points and 328.2 yards per game. Lavonte David leads the Bucs with 53 tackles, Jacquies Smith has five sacks and Kwon Alexander has six pass deflections. Austin Seferian-Jenkins, Louis Murphy and Reid Fragel are questionable.

The Atlanta Falcons look to remain unbeaten at home and build their lead in the NFC South. Matt Ryan is completing 64.4 percent of his passes for 2,002 yards, nine touchdowns and six interceptions. Ryan has three passing touchdowns in his last three games. Julio Jones and Devonta Freeman have combined for 1,040 receiving yards and six touchdowns while Leonard Hankerson has 22 receptions. The Atlanta Falcons ground game is averaging 129.6 yards per contest, and Freeman leads the way with 621 yards and nine touchdowns. Defensively, Atlanta is allowing 21.4 points and 353.3 yards per game. Paul Worrilow leads the Falcons with 46 tackles, Vic Beasley Jr. has two sacks and Robert Alford has seven pass deflections. Leonard Hankerson and Lamar Holmes are questionable.

While the Falcons are winning games, they're not exactly blowing teams out and have had to make many comebacks already. Meanwhile, the Bucs already beat the Saints on the road and outplayed Washington on the road last week despite a loss. Tampa Bay isn't as bad as its record indicates.

This is too many points to lay, which is why I like the Bucs and the free touchdown.