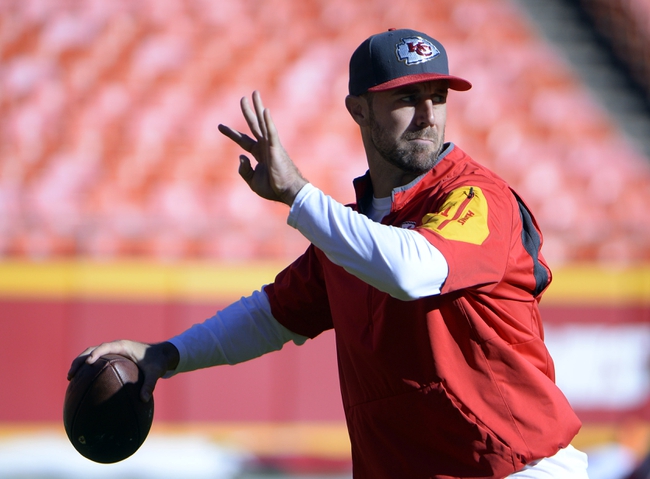 The Detroit Lions could use a win after a brutal 1-6 start to the season. Matthew Stafford is completing 65 percent of his passes for 1,866 yards, 12 touchdowns and nine interceptions. Stafford has seven touchdown passes in his last three games. Calvin Johnson and Theo Riddick have combined for 892 receiving yards and five touchdowns while Golden Tate has 34 receptions. The Detroit Lions ground game is averaging 68 yards per contest, and Ameer Abdullah leads the way with 222 yards and one touchdown. Defensively, Detroit is allowing 28.6 points and 392.3 yards per game. Stephen Tulloch leads the Lions with 56 tackles, Ezekiel Ansah has six sacks and Glover Quin has two interceptions. LaAdrian Waddle, Josh Wilson and Brandon Pettigrew are questionable.

The Kansas City Chiefs also need a win after losing five of their last six games. Alex Smith is completing 62.8 percent of his passes for 1,824 yards, seven touchdowns and three interceptions. Smith has a touchdown pass in three straight games. Jeremy Maclin and Travis Kelce have combined for 1,020 receiving yards and three touchdowns while Chris Conley has 13 receptions. The Kansas City Chiefs ground game is averaging 106.3 yards per contest, and Charcandrick West leads the way with 191 yards and one touchdown. Defensively, Kansas City is allowing 24.6 points and 368 yards per game. Derrick Johnson leads the Chiefs with 38 tackles, Allen Bailey has 4.5 sacks and Marcus Peters has three interceptions.Ben Grubbs, Ramik Wilson and Mike DeVito are questionable.

Weird things happen in games in London. The Lions may have a brutal record, but they have been compeiting recently and have an offense that can move the ball through the air. I don't like Kansas City without Charles on the field. Give me Detroit and the points.

The pick in this article is the opinion of the writer, not a Sports Chat Place site consensus.
Previous Pick
Broncos vs. Packers - 11/1/15 NFL Pick, Odds, and Prediction
Next Pick
Green Bay Packers at Denver Broncos 11/1/15 NFL Score, Recap, News and Notes