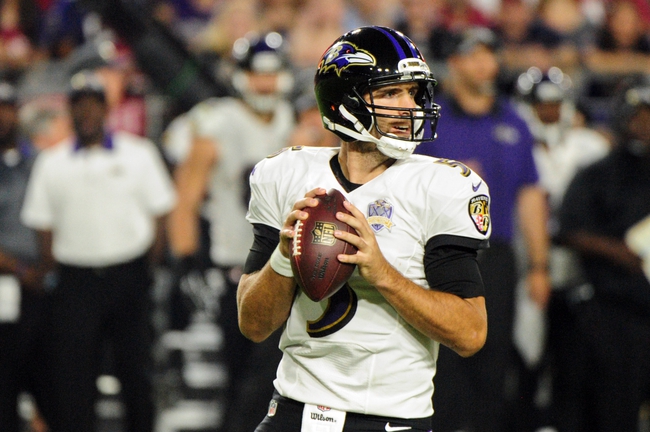 The San Diego Chargers need a win in the worst way after losing five of their last six games. Philip Rivers is completing 69.1 percent of his passes for 2,452 yards, 15 touchdowns and seven interceptions. Rivers has thrown two or more touchdowns in four straight games. Keenan Allen and Danny Woodhead have combined for 1,097 receiving yards and five touchdowns while Malcom Floyd has 17 receptions. The San Diego Chargers ground game is averaging 87.1 yards per contest, and Melvin Gordon leads the way with 328 yards on 85 carries. Defensively, San Diego is allowing 28.3 points and 362.6 yards per game. Eric Weddle leads the Chargers with 43 tackles, Jeremiah Attaochu has four sacks and Brandon Flowers has four pass deflections. Chris Watt, Eric Weddle are questionable while ANtonio Gates is doubtful.

The Baltimore Ravens need a home victory after their brutal 1-6 start to the season. Joe Flacco is completing 62.7 percent of his passes for 1,857 yards, nine touchdowns and eight interceptions. Flacco has four touchdown passes in his last three games. Steve Smith and Kamar Aiken have combined for 859 receiving yards and five touchdowns while Crockett Gillmore has 18 receptions. The Baltimore Ravens ground game is averaging 103.1 yards per contest, and Justin Forsett leads the way with 493 yards and two touchdowns. Defensively, Baltimore is allowing 26.9 points and 385.4 yards per game. Daryl Smith leads the Ravens with 62 tackles, Lawrence Guy has three sacks and Jimmy Smith has five pass deflections. Kendrick Lewis, Maxx Williams and Terrence Brooks are questionable.

The Chargers actually have a reliable quarterback and weapons around him. The Ravens just look lost on both sides of the ball, as they're struggling to score and the defense can't stop much. Both of these teams are terrible, but if forced to pick, I have more confidence in the Cargers and Rivers than I do Flacco and the Ravens.

Give me the free field goal.