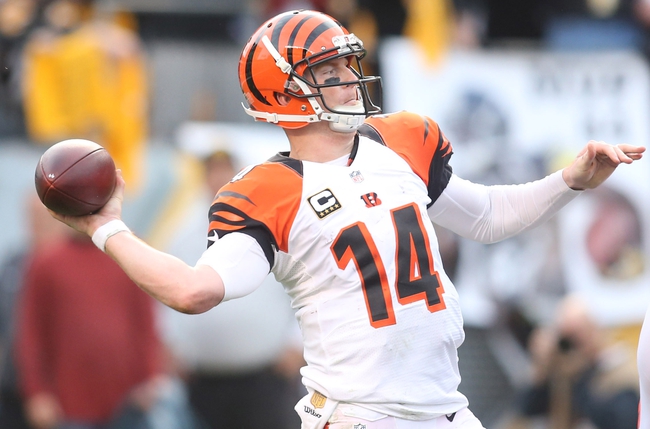 The Cleveland Browns need a big road win after losing five of their last six games. Josh McCown is completing 65 percent of his passes for 1,897 yards, 11 touchdowns and four interceptions. McCown has five touchdown passes in his last three games. Travis Benjamin and Gary Barnidge have combined for 1,168 receiving yards and 10 touchdowns while Duke Johnson Jr. has 33 receptions. The Cleveland Browns ground game is averaging 84 yards per contest, and Isaiah Crowell leads the way with 295 yards and one touchdown. Defensively, Cleveland is allowing 27 points and 405.4 yards per game. Karlos Dansby leads the Browns with 61 tackles, Armonty Bryant has 3.5 sacks and Tramon Williams has five pass deflections. Andrew Hawkins, Donte Whitner and Joe Haden are questionable.

The Cincinnati Bengals look to remain unbeaten by winning their fifth straight home game. Andy Dalton is completing 66.2 percent of his passes for 1,992 yards, 15 touchdowns and four interceptions. Dalton has six touchdown passes in his last three games. A.J. Green and Tyler Eifert have combined for 1,030 receiving yards and 10 touchdowns while Marvin Jones has 26 receptions. The Cincinnati Bengals ground game is averaging 115.9 yards per contest, and Giovani Bernard leads the way with 439 yards and two touchdowns. Defensively, Cincy is allowing 18.9 points and 368.6 yards per game. Vincent Rey leads the Bengals with 65 tackles, Carlos Dunlap has 6.5 sacks and Adam Jones has seven pass deflections. Rey Maualuga is questionable.

I just can't lay double-digit points when these two teams know each other very well and they're both playing on just a couple of days rest. Also, the Browns have beaten the Bengals in three of the last five meetings. While Cincy should crush in this game, the value is on Cleveland and the points given the lack of rest both teams are getting.

I'll take a shot with the Browns.

The pick in this article is the opinion of the writer, not a Sports Chat Place site consensus.
Previous Pick
Week 9 NFL Survivor Pool Picks
Next Pick
Top Ten 2015 Week 9 NFL Matchups