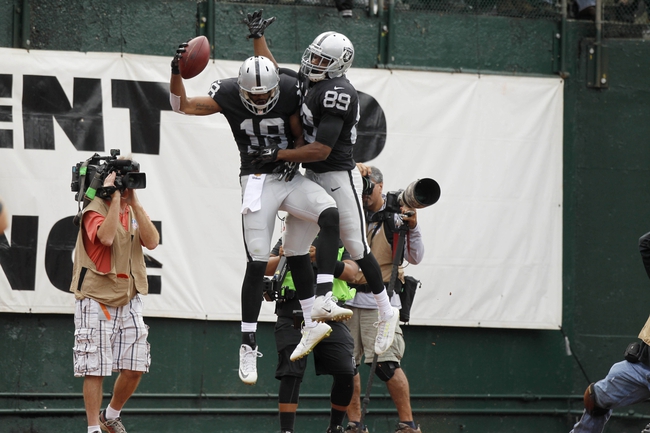 Which NFL Games Should You Bet on in Week 9?

Happy Friday, folks. It’s time to take a look at the top five best bets of Week 9 in the NFL.

I love Oakland in this game. The Steelers are beat-up, especially without Le’Veon Bell, and I look for Jack del Rio’s club to win outright, but certainly to cover this generous spread, even on the road.

This game boils down to Todd Gurley. If he can go off on the Vikings the way he has on the Seahawks, the Cardinals, and everyone else, the Rams can win this game. Gurley is the first rookie in NFL history to have at least 125 yards in four consecutive games.

3. Philadelphia Eagles at Dallas Cowboys (under 45)

The Cowboys have lost five games in a row and aren’t putting-up points they like they do with Tony Romo on the field. Not to mention Chip Kelly’s usually high-flying offense has been struggling. In Week 2, the Eagles beat the ‘Boys 20-10 and I look for the under to be a good play on Sunday.

This Monday Night Football matchup leaves much to be desired from a record standpoint, but that doesn’t mean there won’t be talent on the field. I think Philip Rivers and his team, even without Keenan Allen, will manage to best the Bears’ struggling units and win by at least a touchdown.

Devonta Freeman’s insane start has slowed down and the Niners’ defense has actually showed some sparks of life at home this season, so while I understand Dan Quinn’s team being favored on the road, my lean is toward San Fran at least keeping it close.

The pick in this article is the opinion of the writer, not a Sports Chat Place site consensus.
Previous Pick
Top Ten 2015 Week 9 NFL Matchups
Next Pick
Green Bay Packers at Carolina Panthers 11/8/15 NFL Score, Recap, News and Notes