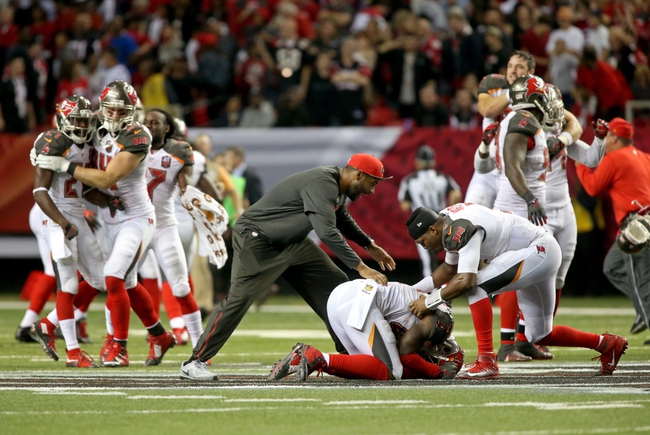 The New York Giants look for their second road win to get a game above a .500 record. Eli Manning is completing 66 percent of his passes for 2,126 yards, 17 touchdowns and four interceptions. Manning has seven passing touchdowns in his last three games. Odell Beckham Jr. and Rueben Randle have combined for 1,038 receiving yards and nine touchdowns while Shane Vereen has 30 receptions. The New York Giants ground game is averaging 94.5 yards per contest, and Rashad Jennings leads the way with 316 yards and one touchdown. Defensively, New York is allowing 26 points and 428.3 yards per game. Landon Collins leads the Giants with 51 tackles, Damontre Moore has three sacks and Brandon Meriweather has seven pass deflections. James Thomas, Orleans Darkwa and Victor Cruz are questionable.

The Tampa Bay Buccaneers look for their second home victory to get back to a .500 record. Jameis Winston is completing 58.6 percent of his passes for 1,648 yards, 10 touchdowns and seven interceptions. Winston has four passing touchdowns in his last three games. Mike Evans and Vincent Jackson have combined for 705 receiving yards and three touchdowns while Charles Sims has 19 receptions. The Tampa Bay Buccaneers ground game is averaging 131.3 yards per contest, and Doug Martin leads the way with 612 yards and three touchdowns. Defensively, Tampa Bay is allowing 28.4 points and 352.1 yards per game. Lavonte David leads the Bucs with 58 tackles, Gerald McCoy has 4.5 sacks and Kwon Alexander has seven pass deflections. Austin Seferian-Jenkins, Major Wright and Vincent Jackson are questionable.

Last week was huge for the Bucs, as they found a way to win for Kwon Alexander who lost his young brother just a day or so before the game. That type of stuff can go a long way for a team and can carry over to next week. I also don't like teams from up north having to play in a humid place. Playing in Tampa Bay is going to be different than playing in cooler New York.

I'll side with the Bucs and the points here.

The pick in this article is the opinion of the writer, not a Sports Chat Place site consensus.
Previous Pick
Green Bay Packers at Carolina Panthers 11/8/15 NFL Score, Recap, News and Notes
Next Pick
Indianapolis Colts vs. Denver Broncos - 11/8/15 NFL Pick, Odds, and Prediction