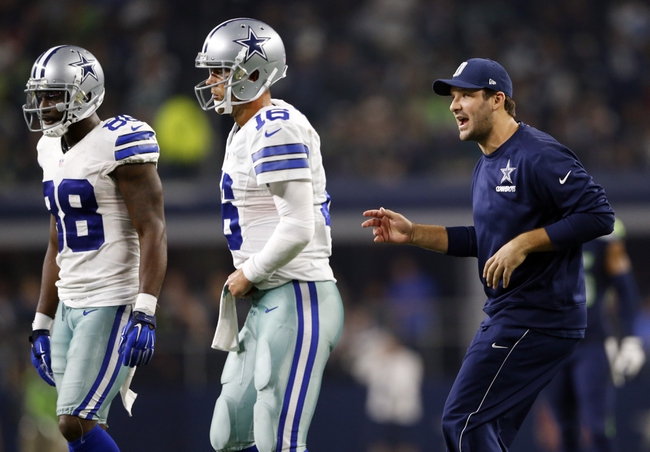 The Philadelphia Eagles and Dallas Cowboys square off Sunday night at AT&T Stadium.

The Philadelphia Eagles look for their second road victory to get back to a .500 record. Sam Bradford is completing 62 percent of his passes for 1,766 yards, nine touchdowns and 10 interceptions. Bradford has thrown six picks in his last three games. Jordan Matthews and Zach Ertz have combined for 668 receiving yards and one touchdown while Riley Cooper has 11 receptions. The Philadelphia Eagles ground game is averaging 114.4 yards per contest, and Ryan Mathews leads the way with 342 yards and three touchdowns. Defensively, Philadelphia is allowing 19.6 points and 360.4 yards per game. Malcolm Jenkins leads the Eagles with 43 tackles, Fletcher Cox has five sacks and Nolan Carroll II has seven pass deflections. DeMeco Ryans, Kiko Alonso and Nelson Agholor are questionable.

The Dallas Cowboys need their second home victory to snap a five-game losing streak. Matt Cassel is completing 57.7 percent of his passes for 324 yards, one touchdown and three interceptions. Cassel has 123 pass attempts since the 2014 season. Jason Witten and Terrance Williams have combined for 673 receiving yards and four touchdowns while Lance Dunbar has 21 receptions. The Dallas Cowboys ground game is averaging 127.9 yards per contest, and Darren McFadden leads the way with 345 yards and two touchdowns. Defensively, Dallas is allowing 24.4 points and 337 yards per game. Sean Lee leads the Cowboys with 61 tackles, Greg Hardy has three sacks and Byron Jones has four pass deflections. Barry Church and Joseph Randle are questionable.

I think this is where the Cowboys finally win a game without Romo.

The pick in this article is the opinion of the writer, not a Sports Chat Place site consensus.
Previous Pick
Indianapolis Colts vs. Denver Broncos - 11/8/15 NFL Pick, Odds, and Prediction
Next Pick
Philadelphia Eagles at Dallas Cowboys 11/8/15 NFL Score, Recap, News and Notes