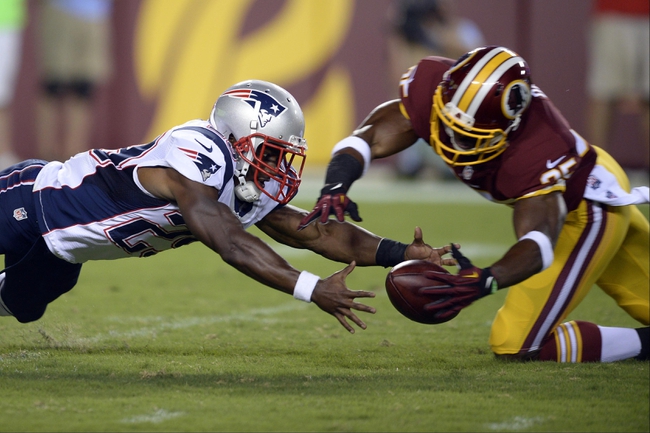 The New England Patriots and the Washington Redskins face off on Sunday at Gillette Stadium in week 9 NFL action.

The New England Patriots sit at 7-0 for the season and they are in first place in the AFC East. The Patriots offense is averaging a NFL best 35.6 points and a fifth best 414.6 yards per game and they have a plus seven turnover ratio. New England QB Tom Brady has completed 68.9 percent of his passes with 20 touchdowns and one interception and he has rushed for two touchdowns. LaGarrette Blount leads the Patriots in rushing with 318 yards and four touchdowns and Julian Edelman leads in receptions with 52 and six touchdowns and Rob Gronkowski has 40 catches and seven touchdowns. The Pats defense is allowing 19 points and 346 yards per game with eight interceptions, six fumble recoveries, and 26 sacks. Jamie Collins leads the Patriots with 51 tackles, 4.5 sacks, and three fumble recoveries, Don’t’a Hightower has 38 tackles and 3.5 sacks, and Devin McCourty has 37 tackles. The Patriots are looking like they will have a chance to repeat as Super Bowl Champions.

The Washington Redskins are coming off of a bye week after rallying past Tampa Bay two weeks ago. The Redskins offense is averaging 21.1 points and 340.3 yards per game and they have a minus two turnover ratio. Washington QB Kirk Cousins has completed 68.7 percent of his passes with nine touchdowns and eight interceptions. Alfred Morris and Matt Jones have both been getting plenty of carries rushing the football for the Redskins and Pierre Garcon has 37 receptions and three touchdowns and Jordan Reed has 35 catches and three touchdowns. The Redskins defense is allowing 24 points and 360.4 yards per game with three interceptions, nine fumble recoveries, and 13 sacks. Dashon Goldson leads the Skins with 56 tackles, Keenan Robinson has 49 tackles, and Trenton Robinson has 48 tackles. The Redskins are in second place in the NFC East and still are very much in the race to win it.

This is a big spread and I see Washington keeping it close by using the running game so I will take the points though I expect the Patriots to get the outright win.