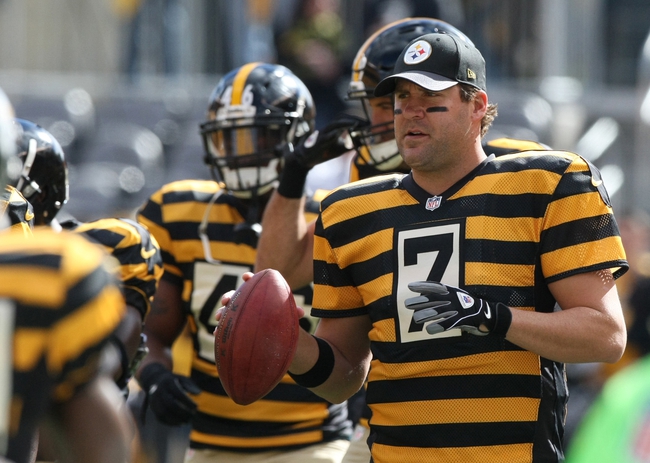 The Oakland Raiders and Pittsburgh Steelers square off Sunday afternoon at Heinz Field.

The Oakland Raiders look to win three straight games for the first time since the 2011 season. Derek Carr is completing 65.5 percent of his passes for 1,793 yards, 15 touchdowns and three interceptions. Carr has seven touchdown passes in his last two games. Amari Cooper and Michael Crabtree have combined for 1,046 receiving yards and six touchdowns while Marcel Reece has 20 receptions. The Oakland Raiders ground game is averaging 99.7 yards per contest, and Latavius Murray leads the way with 534 yards and three touchdowns. Defensively, Oakland is allowing 24.7 points and 385 yards per game. Malcolm Smith leads the Raiders with 56 tackles, Khalil Mack has four sacks and Charles Woodson has five interceptions.

The Pittsburgh Steelers look to snap a two-game skid and get a game above a .500 record. Ben Roethlisberger is completing 70.9 percent of his passes for 1,174 yards, five touchdowns and five interceptions. Roethlisberger has thrown four picks in his last two games. Antonio Brown and Heath Miller have combined for 991 receiving yards and four touchdowns while Markus Wheaton has 13 receptions. The Pittsburgh Steelers ground game is averaging 125.8 yards per contest, and DeAngelo Williams leads the way with 310 yards and three touchdowns. Defensively, Pittsburgh is allowing 18.4 points and 366.5 yards per game. Lawrence Timmons leads the Steelers with 58 tackles, Cameron Heyward has three sacks and Antwon Blake has seven pass deflections. Michael Vick, Will Allen and Stephon Tuitt are questionable.

The Raiders are a team we've cashed in on the past couple of weeks, as I mentioned last week Oakland is a team that's slowly starting to turn the corner and play with confidence. Also, the Raiders have won two of their three road games this season. The Steelers just lost their workhorse in Le'Veon Bell and Roethlisberger didn't look sharp at all last week.

Give me the Raiders and the points in a game they could win outright.