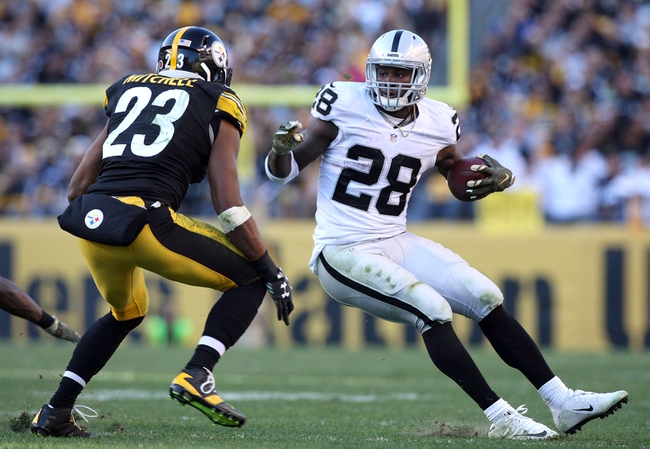 Week 9 in the NFL is officially in the books, so it’s time for us football fans to start looking ahead to Week 10, which is just a couple of days away. In the meantime, let’s take our daily look at the headlines and see who’s in the news right now.

Bears-Chargers Wrap-Up: The Bears pulled off an upset win last night in San Diego on “Monday Night Football.” Jay Cutler led the team on a game-winning drive in the fourth, throwing a TD to Zach Miller with 3:19 left for a 22-19 result.
With the TD pass, Cutler becomes the franchise TD pass leader, edging out Hall-of-Famer Sid Luckman.
Jeremy Langford filled in well for the injured Matt Forte here, totaling 72 yards and a TD on 18 totes and 70 receiving yards on three catches.

Adding injury to insult last night for the Chargers, WR Malcom Floyd came out of the game due to a shoulder issue in the second quarter. He wouldn’t be able to return.
Early indications seem to be that it’s a dislocation, but we won’t know for sure until the team provides an update. The Chargers are already very thin in their receiving corps.

Saints backup QB Luke McCown will have time to do more cell phone commercials--he’s been placed on injured reserve with a back injury, which will end his season.
McCown will get surgery today and will head into next year as a free agent. In his place, the Saints signed Matt Flynn to back up Drew Brees.

The 49ers will be going to Blaine Gabbert in Week 11 after their bye, the team announced yesterday.
Gabbert is coming off a win at home over the Falcons, but will get a tough matchup in Seattle when he comes back.

The Raiders’ Latavius Murray is going through the NFL’s concussion protocol this week. He’s currently questionable for the Week 10 game against the Vikings.
Murray had a concussion last year and ended up missing one game.

The Jets’ Ryan Fitzpatrick will most likely end up getting surgery on his injured left thumb on Friday. The team has a divisional game on “Thursday Night Football” against the Bills this week.
Fitzpatrick will get 10 days to heal up from his surgery, so depending on how well he gets back to playing health he may be okay for Week 11.