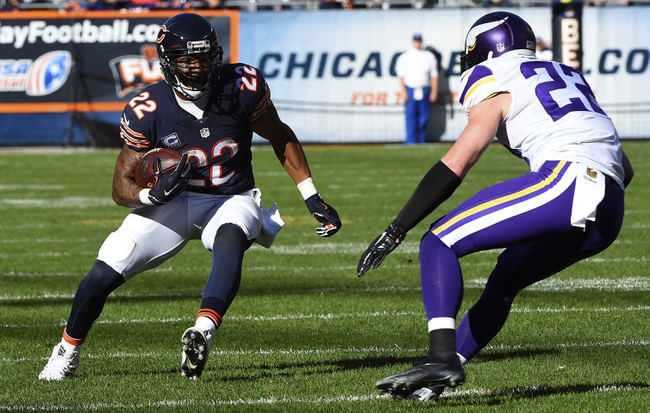 The NFL’s Week 10 will kick off tonight, with the Bills and Jets playing at MetLife Stadium. While we’re waiting on that one, let’s check out our daily wrap-up of the news items from around the league.

Lions No. 1 WR Calvin Johnson was limited in yesterday’s practice due to his ankle injury. That said, Johnson should be just fine for the weekend.

Ben Roethlisberger didn’t practice for the Steelers yesterday, but he’s still not ruling himself out for Week 10.
Despite what Big Ben says, just about every indication has him sidelined through at least the next couple of weeks while he heals up from his latest injury. Landry Jones should be under center on Sunday.

Jonathan Stewart was limited in yesterday’s practice due to an ankle injury. This is reportedly a new ailment.
That said, Stewart should be fine for the Titans game.

DeMarco Murray practiced in full despite landing on the Eagles’ injury report with a groin issue.
At this point, there’s no reason to think Murray will be limited at all on Sunday; he should be just fine.

No one is quite sure what to make of it, but Matt Forte was able to practice on a limited basis for the Bears yesterday.
The general thinking here is that Forte will likely miss another week, but it’s interesting that he was able to get on the practice field yesterday. Until we hear otherwise, expect Jeremy Langford to remain the starter. He played very well in the Bears’ win Week 9.

The Jets are very banged up right now heading into their Week 10 game against the Bills. The good news is that both Eric Decker and Brandon Marshall are probable.
The bad news lies in their thin secondary: Calvin Pryor is out, Antonio Cromartie is doubtful and Buster Skrine is questionable.

The pick in this article is the opinion of the writer, not a Sports Chat Place site consensus.
Previous Pick
Top Ten Worst 2015 NFL Week 9 Injuries
Next Pick
Jets vs. Bills - 11/12/15 NFL Pick, Odds, and Prediction