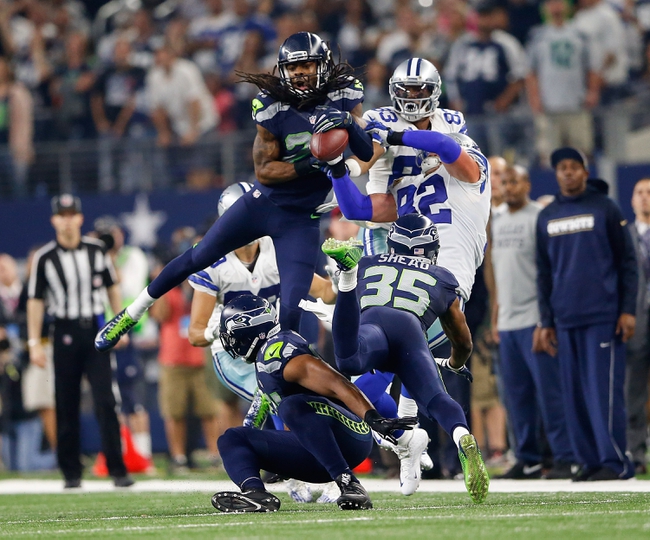 Which Week 10 NFL Games Should I Bet On?

After a whirlwind trip to the Windy City to go to the bank (it’s a long story, folks), I’m back with the top ten best NFL Week 10 bets. I feel like a lot of go-to teams have their bye week this week, but here’s what we’ve got to work with:

This is going to be a hard fought NFC West battle. The Cardinals are, in my opinion, still likely to take the division this year, but if the ‘Hawks want to have a fighting chance, they need to win this game at CenturyLink. Fortunately for Seattle fans, the team is coming off it’s bye, so players should be healthy and ready to go. I like the moneyline on the home team.

I can’t fathom saying this even two or three years ago, but this should be quite a match-up. Playoff implications abound, with the Raiders on-track for a wildcard berth and the Vikings in position to take the NFC North if they want it badly enough. I look for Derek Carr and Co. to take the win by a touchdown at home, especially if Teddy Bridgewater is still shaken-up at all from last week’s hard hit.

One good thing about this game is that it should be the ‘Boys’ last without Tony Romo. You can start breathing again, Dallas fans. There are no real postseason implications in this one, but as a matter of pride, I think the Bucs will manage to win in front of a home crowd. They can be a tough bunch when they need to be and I look for them to get to Matt Cassel.

I know, I know, I know. You can’t believe I’m taking the Giants. I can’t either, actually, but Eli Manning and Co. have proven before that they can take-on Tom Brady and his crew (Super Bowl XLVI, anyone?) With Jason Pierre-Paul back in the line-up, I like the Giants to cover the spread here and keep it within a few points.

This is an absolute ton of points in an NFL game, but I expect the Pack to be playing angry ball after losing two in a row. Not to mention the fact that the Lions organization is a complete mess. Firings abounded this week and they’ve already played Dan Orlovsky this year, remember? I think Aaron Rodgers, James Starks, Davante Adams, and Co. win by at least two touchdowns.

I’m calling right now that the Titans hand the Panthers their first loss of the year (and I can’t believe I’m doing it). A cocky Carolina team heading straight into Marcus Mariota’s house seems like a disaster waiting to happen for Panthers fans. He’s currently leading the NFL with a 115.6 red zone passer rating. I look for the Titans to rise to the occasion and win. Maybe by a point, but I think they’ll do it.

The Fins have had two tough losses in a row to the Bills and the Patriots. This weekend, they face a Philly team that finally seems to have found its swagger. I don’t think this will be a blowout win by any stretch of the imagination, but if you can get Chip Kelly’s club at -6.5, I think they’ll win by a touchdown at the Linc.

Somehow, the Jags and the Ravens are entering this game with identical 2-6 records. Because we all saw that coming. While I don’t actually hate this Jacksonville team, Allen Hurns is a gametime decision and if he doesn’t go, I think Joe Flacco and his team will easily win by a touchdown or more in front of a home crowd.

This game is at Paul Brown Stadium. The Bengals are undefeated. Yet, I actually like the Texans to keep it closer than the line would suggest. This will, of course, require their defense to actually DO something (are you listening, Watt and Clowney?) My call: Bengals win by 8 or 9.

After last week’s loss to the Indianapolis Colts, I look for Denver’s defense to be out for blood. Not to mention, Peyton Manning, people. Even without Aqib Talib, who will be serving his one game suspension, I can’t see the Broncos winning by less than a touchdown at home against a Jamaal Charles-less Chiefs team.