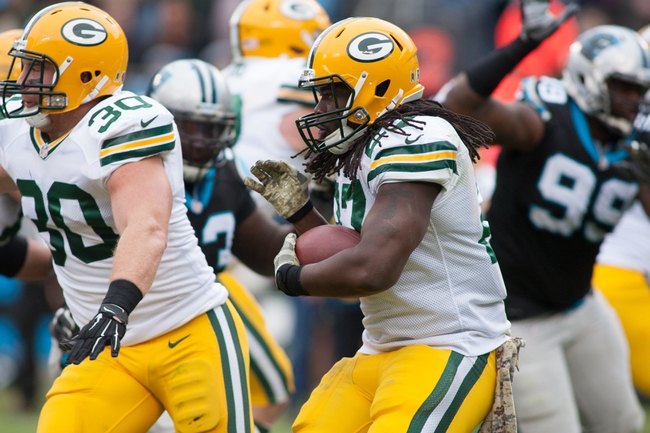 We’ve got just one more day to wait before the bulk of the Week 10 NFL games get going, and in the meantime there’s plenty to talk about. Let’s check out some of the notable players and situations in today’s headlines.

Let’s start out today on a couple of Broncos items. TE Owen Daniels is probable for Week 10 with his shoulder and knee issues. He sat out of practice on Wednesday, but was able to get out there the past two sessions. Daniels is coming off 102 yards and a touchdown on six catches.
Then there’s RB Ronnie Hillman. He gets a probable designation this week with his thigh injury. Hillman got just seven carries in Week 9, resulting in one measly yard. He’ll have his hands full contending with C.J. Anderson on the depth chart.

The Seahawks’ Marshawn Lynch is questionable with his abdomen injury, but the coaching staff is anticipating him suiting up tomorrow.
Lynch wasn’t able to practice yesterday.

Ty Montgomery’s ankle injury has him questionable for tomorrow against the Lions. He was a limited participant in practice this week.
Fellow WR James Jones is probable for Week 10 with his quad injury. This is actually the healthiest the Green Bay receiving corps has been in some time.

Julian Edelman has been ranked as probable for tomorrow against the Giants. He’s fighting off a knee injury.
Edelman got in a full practice yesterday, so that likely cemented his status. He’ll try to add to his total of seven touchdowns tomorrow.

Back to the Packers for a moment: RB Eddie Lacy has been deemed questionable with his groin injury. He was limited in practice all week.
The general feeling seems to be that Lacy will play, but it remains to be seen how much work he’ll get. He’s fallen behind James Starks on the depth chart.

Latavius Murray should be able to play tomorrow against the Vikings. He got in a full day of practice yesterday and is reportedly over his concussion symptoms.
Murray will have his work cut out for him tomorrow in a pretty tough matchup.