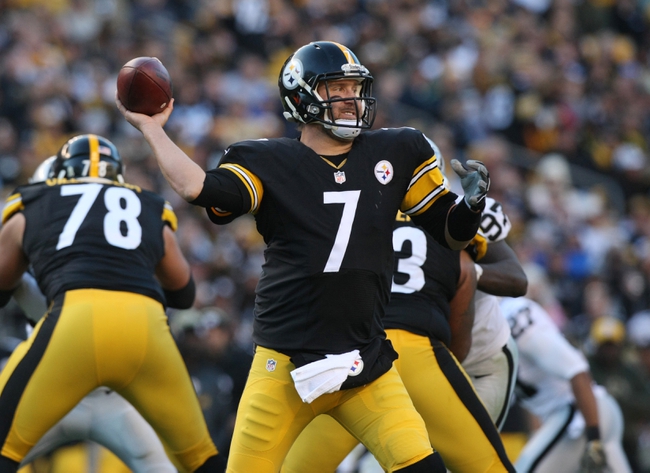 The Pittsburgh Steelers and the Cleveland Browns face off on Sunday at Heinz Field in a week 10 NFL battle of AFC North teams.

The Pittsburgh Steelers are 5-4 this season and they sit in second place in the AFC North. The Steelers offense is averaging 22.9 points and 376.7 yards per game and they have a plus four turnover ratio. Pittsburgh QB Ben Roethlisberger has completed 66.9 percent of his passes with seven touchdowns and six interceptions. DeAngelo Williams leads the Steelers rushing attack with 480 yards and five touchdowns and Antonio Brown is the top receiving option with 69 catches and three touchdowns. The Steelers defense is allowing just 20.2 points and 374.7 yards per game with eight interceptions, 22 sacks, and nine fumble recoveries. Lawrence Timmons leads the Steelers with 63 tackles, Antwon Blake has 58 tackles, and Mike Mitchell has 43 tackles. The Steelers are looking for a Wildcard spot in the AFC as they appear to be too far back to catch the Bengals in the AFC North.

The Cleveland Browns are 2-7 this season and they are in last place in AFC North. The Browns offense is averaging 19.7 points and 335.1 yards per game with a minus four turnover ratio. Cleveland QB Josh McCown should be ready  to go for this one and for the season he has completed 65 percent of his passes with 11 touchdowns and four interceptions. Isaiah Crowell is Cleveland’s top rusher with 333 yards and tight end Gary Barnridge leads in receptions with 42 and six touchdowns and Travis Benjamin has 41 receptions. The Browns defense is allowing 27.4 points and 401.6 yards per game with five interceptions, 15 sacks, and 10 fumble recoveries. Karlos Dansby leads Cleveland in tackles with 73, Donte Whitner has 55 tackles, and Tramon Williams has 45 tackles. The Browns were supposed to contend for a playoff spot this year but it appears they will come up short.

With the spread suspiciously low the Browns are the play here as they should give the Steelers problems and most divisional games are just tight and this is no different.