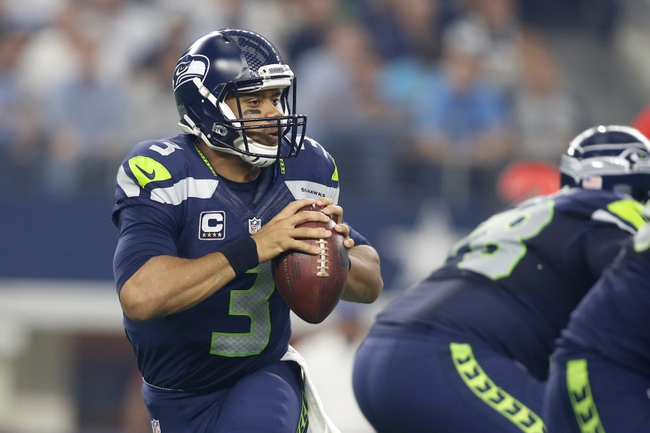 The Arizona Cardinals look for their fourth road win to really pull away in the NFC West. Carson Palmer is completing 64.6 percent of his passes for 2,386 yards, 20 touchdowns and six interceptions. Palmer has seven touchdown passes in his last three games. Larry Fitzgerald and John Brown have combined for 1,268 receiving yards and 10 touchdowns while Michael Floyd has 20 receptions. The Arizona Cardinals ground game is averaging 124.8 yards per contest, and Chris Johnson leads the way with 676 yards and three touchdowns. Defensively, Arizona is allowing 19.1 points and 312.8 yards per game. Deone Bucannon leads the Cardinals with 56 tackles, Frostee Rucker has two sacks and Rashad Johnson has four interceptions.

The Seattle Seahawks look for their third straight win to get back in the NFC West race. Russell Wilson is completing 68.8 percent of his passes for 1,878 yards, nine touchdowns and six interceptions. Wilson has thrown three picks in his last two games. Jimmy Graham and Doug Baldwin have combined for 795 receiving yards and four touchdowns while Jermaine Kearse has 21 receptions. The Seattle Seahawks ground game is averaging 139.5 yards per contest, and Thomas Rawls leads the way with 376 yards and one touchdown. Defensively, Seattle is allowing 17.5 points and 284.9 yards per game. K.J. Wright leads the Seahawks with 58 tackles, Michael Bennett has 6.5 sacks and Richard Sherman has seven pass deflections. Russell Okung and Paul Richardson are questionable.

The Arizona Cardinals look to be the better team as of right now, as the Cards offense can put points up in a hurry and the defense can go toe-to-toe with any in the league. The Seahawks still have to prove themselves, as the offense is often hit or miss and the defense has given up far too many big plays than what we're used to seeing.

I'm taking the free field goal here, as I think the Cards can win this outright.

The pick in this article is the opinion of the writer, not a Sports Chat Place site consensus.
Previous Pick
Broncos vs. Chiefs - 11/15/15 NFL Pick, Odds, and Prediction
Next Pick
Arizona Cardinals at Seattle Seahawks 11/15/15 NFL Score, Recap, News and Notes