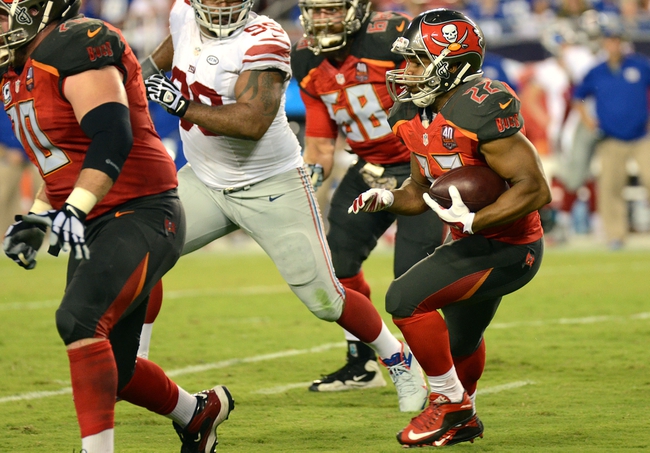 The Tampa Bay Buccaneers and the Dallas Cowboys face off on Sunday at Raymond James Stadium in week 10 NFL action.

The Tampa Bay Buccaneers are 3-5 this season and they sit in last place in the highly competitive NFC South. The Buccaneers offense is averaging 22.6 points and 357.2 yards per game with a plus one turnover ratio. Bucs QB Jameis Winston has completed 57.7 percent of his passes with 10 touchdowns and seven interceptions and he has rushed for three touchdowns. Doug Martin is the Buccaneers leading rusher with 643 yards and three touchdowns and Mike Evans is their top receiver with 32 receptions. The Buccaneers defense is allowing 28.9 points and 349 yards with six interceptions, 17 sacks, and 13 fumble recoveries. Lavonte David leads the Bucs with 69 tackles, Kwon Alexander has 59 tackles, and Chris Conte has 50 tackles. The Bucs allowed a huge comeback at Washington and that is the difference between them having a losing record and being at .500.

The Dallas Cowboys are 2-6 this season and they are in last place in the NFC East. The Cowboys offense is averaging 20 points and 354.1 yards per game with a minus nine turnover ratio. Matt Cassel continues to fill in at QB for Dallas until Tony Romo returns next week and he has completed 61.1 percent of his passes with four touchdowns and four interceptions and he has yet to win a game. Darren McFadden leads the Cowboys in rushing with 462 yards and Jason Witten leads in receptions with 44. The Dallas defense is allowing 25.5 points and 352.2 yards with three interceptions, 14 sacks, and one fumble recovery. Sean Lee leads the Cowboys with 66 tackles, Barry Church has 62 tackles, and Greg Hardy has 4.0 sacks. The Cowboys are watching their playoff chances slip away with every week Romo sits.

Dallas hasn’t won without Romo and I don’t see that changing here on the road.