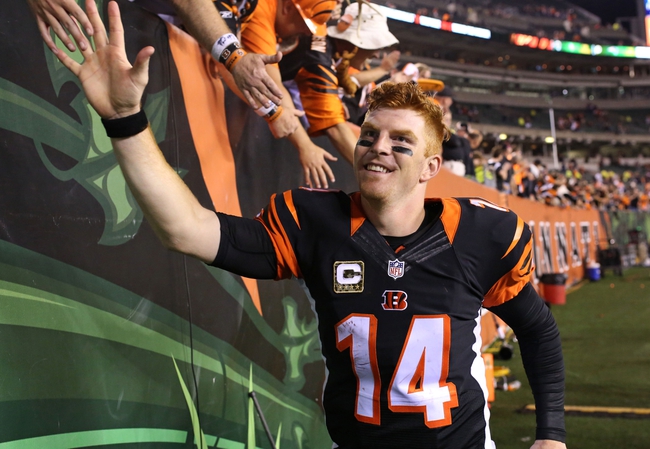 The Houston Texans look for their second road win to remain in the AFC South hunt. Brian Hoyer is completing 60 percent of his passes for 1,581 yards, 13 touchdowns and three interceptions. Hoyer has eight touchdown passes in his last three games. DeAndre Hopkins and Nate Washington have combined for 1,281 receiving yards and nine touchdowns while Cecil Shorts III has 26 receptions. The Houston Texans ground game is averaging 87.9 yards per contest, and Alfred Blue leads the way with 273 yards and one touchdown. Defensively, Houston is allowing 25.6 points and 350.9 yards per game. Brian Cushing leads the Texans with 69 tackles, J.J. Watt has 8.5 sacks and Johnathan Joseph has 10 pass deflections. Akeem Dent and Jadeveon Clowney are questionable while Kareem Jackson is out.

The Cincinnati Bengals look to remain undefeated and win their sixth straight home game. Andy Dalton is completing 67.4 percent of his passes for 2,226 yards, 18 touchdowns and four interceptions. Dalton has seven touchdown passes in his last three games. A.J. Green and Tyler Eifert have combined for 1,136 receiving yards and 13 touchdowns while Marvin Jones has 31 receptions. The Cincinnati Bengals ground game is averaging 120.4 yards per contest, and Giovani Bernard leads the way with 511 yards and two touchdowns. Defensively, Cincy is allowing 17.8 points and 349.1 yards per game. Vincent Rey leads the Bengals with 70 tackles, Carlos Dunlap has 8.5 sacks and Adam Jones has nine pass deflections. Andre Smith and Rey Maualuga are questionable.

Besdies a win over the below-average Jaguars, the Texans have been waxed every time they've played on the road. Also, the week off for the Texans doesn't mean that much when you consider the Bengals had a mini bye of their own after playing last Thursday. I just don't see how the Texans can hang with one of the top teams in the NFL on the road.

Give me the Bengals by double digits.