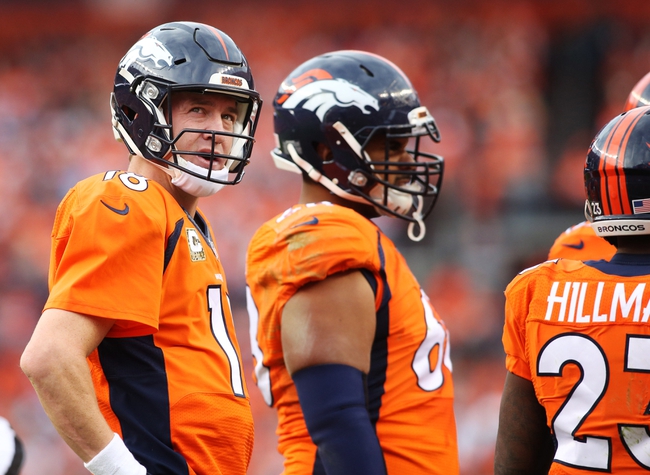 NFL Updates: News From Around the League, Week 11 Schedule and More

Week 10 in the NFL isn’t quite over yet, but it’s never too early to start looking ahead to Week 11. There’s plenty to talk about today in our daily look at the headlines, so let’s get caught up on all the action from yesterday.

Cardinals-Seahawks Wrap-Up: The Cardinals took firm command of the division last night following a key 39-32 win over the Seahawks in Seattle.
Carson Palmer was the big statistical contributor here, with 363 yards and three touchdowns. He did have three turnovers, however, which kept the Seahawks in the game until the very end.
Larry Fitzgerald bagged 10 receptions for 130 yards while Michael Floyd had seven for 113 and two touchdowns.
The Cardinals move to 7-2 with the victory, while Seattle slips to 4-5.

The Patriots are still undefeated following a razor-close 27-26 win over the New York Giants in Jersey yesterday.
Stephen Gostkowski nailed a 54-yard field goal with just one second left on the clock, lifting the team to a comeback victory.
Odell Beckham and Rob Gronkowski had the longest TD catches of their careers in this game. Gronkowski’s was for 76 yards and Beckham’s for 87.

Speaking of undefeated teams, Carolina is still in that conversation as well. They didn’t have a whole lot of trouble with the Titans in Nashville, posting a 27-10 victory.
The Panthers shut out the Titans in the second half, bringing their season record to 9-0. Cam Newton completed his first 11 passes of the game and would finish 21-of-26 for 217 yards and a TD. He also ran for 23 yards and another score.

The Broncos are now 7-2 after a blowout loss to the Chiefs 29-13. Denver was missing DeMarcus Ware and Aqib Talib for this one, and Peyton Manning was playing injured. He stumbled through the worst day of his career, going just 5-of-20 for four interceptions and a zero passer rating. For what it’s worth, he surpassed Brett Favre’s career record for passing yards, even with the modest total.

NFL Week 11 Schedule: Let’s take a look at the upcoming round of games on the NFL schedule, along with the start times and TV networks you can catch them on.