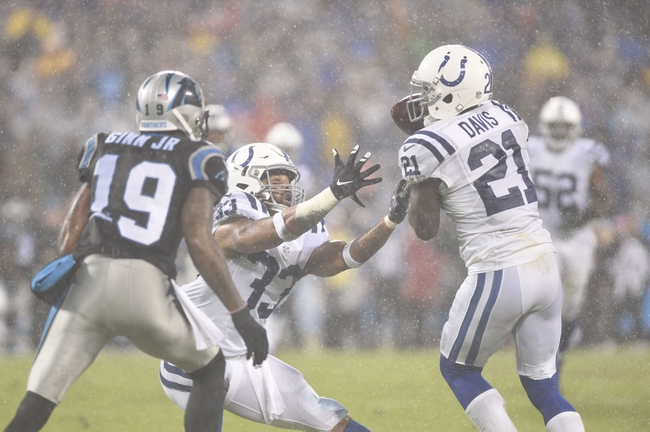 Which Individual Matchups Should You Watch This Weekend?

It’s match-up Thursday, folks. Below, you’ll find the top ten best match-ups of Week 11 in the NFL. Try not to cry that there are only six weeks left of the regular season. I know, I know, it’s tough. At least you can stress eat turkey and pumpkin pie in a week.

Davis, who once had a 20 game stretch without allowing a touchdown reception, will face one of the league’s toughest wideouts this weekend. This is definitely one of the most fun match-ups of the week, as the Pro Bowl corner and the star receiver are evenly matched from a skills perspective. I’ll be watching from row 19. Watch for me, y’all.

The ‘Boys have gone 0-7 without their leading man at the helm this season, but Romo returns just in time to face the ‘Fins this weekend. The Dolphins D has allowed just two passing touchdowns in the past two weeks, but four opposing quarterbacks have had at least 20 fantasy points against this team in 2015. I wouldn’t be surprised if Romo lights it up with Dez Bryant, Terrance Williams, and Jason Witten all healthy.

The Bolts have the league’s 26th ranked rush defense this year and West has stepped-up in the absence of the Chiefs starting RB Jamaal Charles. The Chiefs need a win to stay alive in the wildcard race, so I look for this to be a potentially big game for West.

Even though he turned 30 this year, Revis is still one of the league’s premiere cornerbacks and Hopkins is making his mark as an elite receiver. I absolutely love this head-to-head, especially since both teams are playing for potential playoff berths, with the Jets firmly in the wildcard race and the Texans tied for first place in the sad situation that is the AFC South.

With Peyton Manning sidelined with a torn plantar fascia, Osweiler will get a chance to prove what a gunslinger he really is (I’ve liked his arm since he was at Arizona State). The Bears have (rather miraculously) the fourth ranked pass defense in the league right now, allowing under 2,000 passing yards on the season. I’m excited to see Osweiler have a go at them.

Even though Rodgers has been off the past several weeks, he’s still the best quarterback in football right now and this is a must-win contest for the Pack. The Vikings secondary certainly has its work cut out against the league’s top deep passer; I’m excited to see the game plan Jerry Grey (the Vikings secondary coach, just FYI) and his staff have come-up with for this huge NFC North showdown.

The Cardinals, ranked 7th overall in pass defense right now, have given-up just one touchdown to a tight end this year (oddly, it was to the Cleveland Browns’ Gary Barnidge in Week 9). Eifert is coming-off his worst game of the season (the boy needed some glue on his gloves, people), so I’m interested to see if he can hold it together against Bruce Arians’s team.

Despite Week 10’s loss to the Carolina Panthers, Mariota is starting to play like a true NFL quarterback. The Jags are working with the league’s 24th ranked pass defense, which means there’s a very good chance Mariota will slay them in the redzone, especially if he can get the ball to TE Delanie Walker. Look for #8 to have himself a night in about ten hours.

The ‘Skins are coming-off an absolutely massive win over Drew Brees and the New Orleans Saints, so I look for them to do everything in their power to beat the undefeated Panthers at home, which means Gano could have himself a scorefest. In regard to fantasy, Gano has put-up 44 points in the past month, which is insane for a kicker not named Adam Vinatieri.

I don’t usually feature coaching match-ups in this column, but this one is too much fun to leave out. Few coaches have more history than these two (remember the air pumps being sold at the Bills team store before their first meeting this season?) and I know I’ll be keeping an eye on the sidelines on Sunday. Ryan and Belichick aren’t known for being shrinking violets, so I expect the challenge flags to be flying and emotions to be running high.

The pick in this article is the opinion of the writer, not a Sports Chat Place site consensus.
Previous Pick
Jaguars vs. Titans - 11/19/15 NFL Pick, Odds, and Prediction
Next Pick
Top Five Best Week 11 NFL Bets