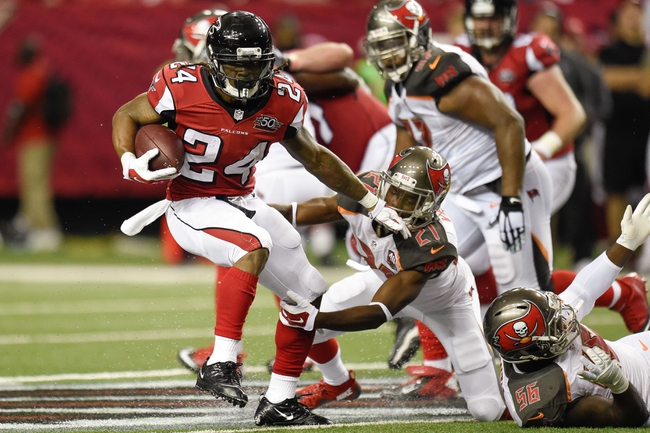 The Atlanta Falcons and the Indianapolis Colts face off on Sunday in the Georgia Dome in a week 11 NFL matchup.

The Atlanta Falcons are 6-3 for the season and in first place in the NFC South but they have lost their last two games and three of their last four. The Falcons offense is averaging 25.4 points and 402.2 yards per game with a net zero turnover ratio. Falcons QB Matt Ryan has completed 66.9 percent of his passes with 12 touchdowns and seven interceptions. Devonta Freeman leads the Atlanta ground game with 721 yards and nine touchdowns and Julio Jones is the top receiver with 80 catches and six touchdowns. The Falcons defense is allowing 21.1 points and 342.3 yards per game with 10 interceptions, 10 sacks, and six fumble recoveries. Paul Worrilow leads Atlanta in tackles with 56, Ricardo Allen has 38 tackles, and Justin Durant has 40 tackles. The Falcons need to get more pressure on opposing QB’s if they hope to have a big season.

The Indianapolis Colts are 4-5 this season and they are tied for first place in the AFC South. The Colts offense is averaging 22.2 points and 353.7 yards per game with a minus seven turnover ratio. Indy QB Andrew Luck has completed 55.3 percent of his passes with 15 touchdowns and 12 interceptions. Frank Gore is the Colts top rusher with 599 yards and four touchdowns and T.Y. Hilton is the top receiver with 43 catches and three touchdowns. The Colts defense is allowing 25.2 points and 394.2 yards per game with 10 interceptions, 13 sacks, and five fumble recoveries. D’Qwell Jackson leads the Colts with 93 tackles, Jerrell Freeman has 65 tackles, and Dwight Lowery has 51 tackles. Luck appears to be under a lot of pressure this season forcing him to make bad more bad throws than we have seen in the past.

This is just way too many points so I will take them with the Colts.