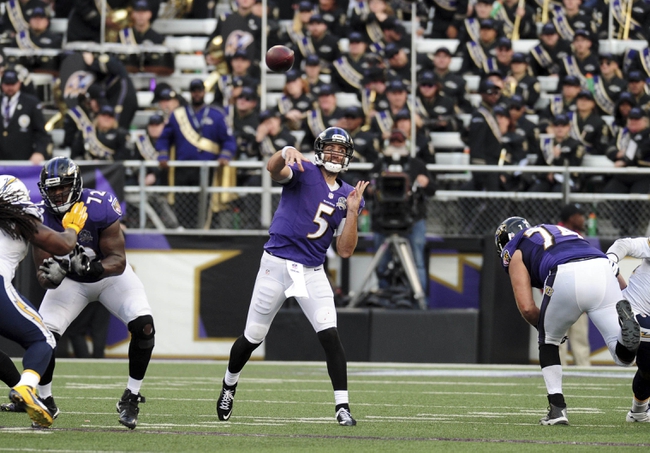 The Baltimore Ravens and the St. Louis Rams face off on Sunday in Baltimore in week 11 NFL action.

The Baltimore Ravens have played in a lot of close games this season but they have ended up on the wrong end of the scoreboard in most of them. The Ravens offense is averaging 23.3 points and 361.7 yards per game and they are minus 10 in turnover ratio. Baltimore QB Joe Flacco has completed 64.8 percent of his passes with 13 touchdowns and 10 interceptions. Justin Forsett is the Ravens top rusher with 615 yards and two touchdowns and Kamar Aiken is the top receiver with 32 catches and two touchdowns. The Baltimore defense is allowing 26.2 points and 369.7 yards per game with four interceptions, 24 sacks, and two fumble recoveries. Daryl Smith has 81 tackles to lead the Ravens, C.J. Mosely has 56 tackles and three sacks, and Jimmy Smith has 40 tackles and two interceptions. The Ravens seem to be missing targets for Flacco to throw to and the loss of Steve Smith has only made that problem worse.

The St. Louis Rams are 4-5 this season and are coming off of back-to-back losses. The Rams offense ranks 31st in points per game at 18.4 and yards per game at 309.6 and they have a plus four turnover ratio. The Rams have decided to go with Case Keenum at QB this week who has taken a snap this season but he replaces Nick Foles who has been ineffective. Todd Gurley paces the Rams rushing attack and he is a budding superstar with 709 yards and five touchdowns and Tavon Austin is the top receiver with 30 catches and four touchdowns. The Rams defense is allowing 20.3 points and 331.9 yards per game with six interceptions, 29 sacks, and 13 fumble recoveries. James Laurinaitis has 66 tackles to lead St. Louis, Mark Barron has 62 tackles, Aaron Donald has 6.0 sacks, and Robert Quinn has 5.0 sacks. The Rams can bring the heat on defense and have the running game to go with it on offense but they need to complete a few more passes to be successful.

I expect Flacco to be under pressure all day long and he has few places to go as far as targets and while it will be hard hitting I see the Rams getting the win.