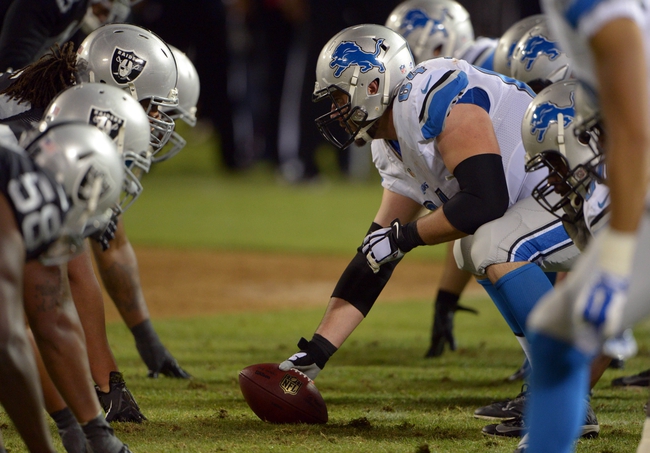 The Detroit Lions and the Oakland Raiders face off on Sunday in week 11 NFL action.

The Detroit Lions are 2-7 this season and they are coming off of a monster win beating the Packers in Green Bay. The Lions offense is averaging 18.6 points and 332.1 yards per game with a minus 10 turnover ratio. Detroit QB Matthew Stafford has completed 64.4 percent of his passes with 15 touchdowns and 12 interceptions. Ameer Abdullah leads the Lions ground attack with 240 yards and Calvin Johnson is the top receiver with 54 catches and three touchdowns. The Lions defense has been soft allowing 29 points and 384.2 yards per game with four interceptions, 23 sacks, and 10 fumble recoveries. Stephen Tulloch is Detroit’s leading tackler with 67, Josh Bynes has 53 tackles, and Glover Quinn has 47 tackles. The Lions defense appears to be a shell of what we have seen from them in previous years and they have been crippled by the absence on DeAndre Levy.

The Oakland Raiders are 4-5 this season and are coming off of back-to-back losses. The Raiders offense is averaging 25.2 points and 374.2 yards per game with a minus one turnover ratio. Oakland QB Derek Carr has completed 64.2 percent of his passes with 21 touchdowns and six interceptions. Latavious Murray anchors the Raiders ground attack with 678 yards and three touchdowns and Michael Crabtree leads in receiving with 51 receptions and five touchdowns and Amari Cooper has 50 catches and four touchdowns. The Raiders defense is allowing 26.8 points and 408.6 yards per game with nine interceptions, 19 sacks, and six fumble recoveries. Malcolm Smith is Oakland’s top tackler with 68, D.J. Hayden has 52 tackles, and Charles Woodson has 46 tackles. The Raiders can still be a playoff team but they can’t afford too many more slipups.

The Lions were successful last week because the Packers didn’t challenge them down the field but I expect Oakland to throw it deep plenty and get the win and the cover.