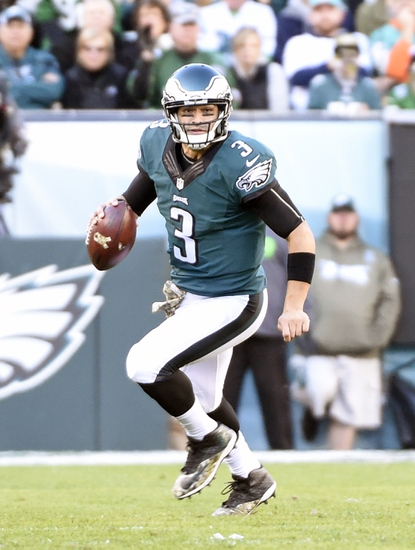 The Tampa Bay Buccaneers look for their third road win to get back to a .500 record. Jameis Winston is completing 57.5 percent of his passes for 2,159 yards, 10 touchdowns and nine interceptions. Winston has one touchdown pass in his last three games. Mike Evans and Vincent Jackson have combined for 981 receiving yards and three touchdowns while Charles Sims has 22 receptions. The Tampa Bay Buccaneers ground game is averaging 126.6 yards per contest, and Doug Martin leads the way with 706 yards and three touchdowns. Defensively, Tampa Bay is allowing 26.3 points and 334.2 yards per game. Lavonte David leads the Bucs with 81 tackles, Gerald McCoy has 4.5 sacks and Kwon Alexander has seven pass deflections. Ali Marpet, Austin Seferian-Jenkins and D.J. Swearinger are questionable.

The Philadelphia Eagles also need a big win here to get back to a .500 record. Mark Sanchez is completing 60.9 percent of his passes for 156 yards, zero touchdowns and one interceptions. Sam Bradford is doubtful with a concussion. Jordan Matthews and Zach Ertz have combined for 934 receiving yards and two touchdowns while Miles Austin has 12 receptions. The Philadelphia Eagles ground game is averaging 117.3 yards per contest, and DeMarco Murray leads the way with 451 yards and four touchdowns. Defensively, Philly is allowing 20.4 points and 358.1 yards per game. Malcolm Jenkins leads the Eagles with 62 tackles, Fletcher Cox has 5.5 sacks and Nolan Carroll II has nine pass deflections. Ryan Mathews, Jason Peters and Jerome Couplin are questionable.

Remember Mark Sanchez? Yikes. The Eagles offense wasn't great with Bradford running it, now Sanchez, a guy who saw his first playing time last week, is going to be leading the way. No thank you. The Bucs compete hard week in and week out and have found ways to stay in games for better or worse.

I'll take my free touchdown and call it a day.