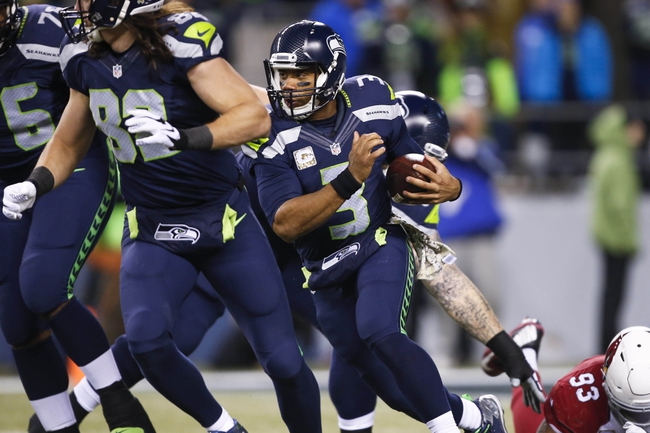 The Seattle Seahawks and the San Francisco 49ers face off on Sunday in a NFL battle of struggling NFC West teams.

The Seattle Seahawks are at 4-5 for the season and they can’t afford many more losses if they hope to make the playoffs. The Seahawks offense is averaging 22.1 points and 352 yards per game and they have a plus one turnover ratio. Seattle QB Russell Wilson has completed 65.8percent of his passes with 10 touchdowns and seven interceptions and he has rushed for 355 yards. Marshawn Lynch leads the Seahawks ground game with 417 yards and three touchdowns and Jimmy Graham is the top pass catcher with 41 catches and two touchdowns and Doug Baldwin has 38 catches. Defensively the Seahawks are allowing 19.9 points and 303.3 yards per game with four interceptions, 23 sacks, and nine fumble recoveries. K.J. Wright leads Seattle with 67 tackles, Bobby Wagner has 62 tackles, and Kam Chancellor has 57 tackles. The Seahawks have the talent and ability to win out but the defense has been on the field more than usual and their playmakers simply aren’t making the plays.

The San Francisco 49ers are 3-6 for the season and that puts them in last place in the NFL’s NFC West. The 49ers offense is averaging 14 points and 286.2 yards per game and they have a minus one turnover ratio. Blaine Gabbert has taken over at QB for an ineffective Colin Kaepernick and so far he has completed 60 percent of his passes with two touchdowns and two interceptions. Carlos Hyde is the Niners leading rusher with 470 yards and three touchdowns and Anquan Boldin is the top receiver with 31 catches and two touchdowns. The 49ers defense is allowing 24.8 points and 392.4 yards per game with seven interceptions, 16 sacks, and two fumble recoveries. NaVorro Bowman leads San Francisco with 88 tackles, Michael Wilhoite has 72 tackles, and Aaron Lynch has 6.0 sacks. It has clearly been a move to rebuilding mode for the 49ers.

I am expecting plenty of hitting as these teams know each other well and do not like one another so my free pick here is the under. My stronger play is the winning team against the spread and I will post that in the Premium Area.