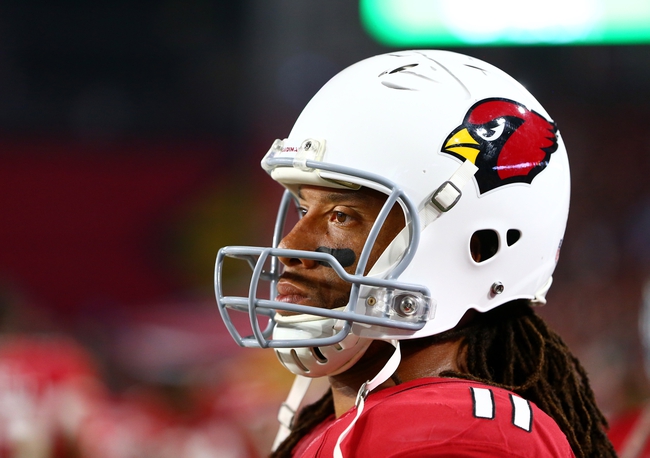 Rounding out the weekend schedule on “Sunday Night Football,” we had a big Week 11 matchup between the Bengals and the Cardinals. Cincinnati was upset by the Texans in their last appearance, while Arizona managed a nice win over the Seahawks in Week 10. This was a high-flying game that went down to the wire.
Let’s take a look at the key stats and players from the game so we can figure out why things happened the way they did. Afterward we’ll look ahead to Week 12 to see what’s in store for both teams.

What Happened: The first half started out relatively slowly, but the teams would get warmed up and start scoring more as the game wore on.
The only score of the first quarter was a Tyler Eifert 3-yard TD pass from Andy Dalton. Darren Fells got the Cards on the board in the second quarter with an 18-yard TD pass from Carson Palmer. The Bengals would respond with a 2-yard Jeremy Hill TD run, and we went to the break 14-7 Cincinnati.
After halftime, Arizona caught fire. Palmer posted three touchdown passes in the third quarter alone, giving the Cardinals a 28-14 lead.
The Bengals were able to come back in the fourth, however, spurred on by another Hill TD and another Eifert score sandwiched around a field goal from Arizona. The Bengals would post a field goal of their own by Mike Nugent from 42 yards to tie it up at 31.
Arizona put together a 6-play, 70-yard drive in just over a minute to get Chandler Catanzaro in position for the game-winning field goal. He’d nail it from 32 yards out to give Arizona a 34-31 victory in a very entertaining game.
Both teams move to 8-2 on the year; they’re also both second in their respective conferences behind the unbeaten teams.

The Stars: Let’s start with Palmer, who overcame two early interceptions to pass for 317 yards and four touchdowns on 20-of-31 overall. J.J. Nelson broke out in this game with four receptions for 142 yards and a 64-yard TD. Old reliable Larry Fitzgerald hauled in eight grabs for 90 yards.
On the other side, Dalton played well with 315 yards and a pair of touchdowns. His main receiver was Giovani Bernard out of the backfield, who caught eight balls for 128 yards.

The Goats: If we had to point to one thing that did the Bengals in, it was penalties. They had 10 for 108 yards compared to the Cardials’ seven for 40 yards. The weirdest Cincy penalty came on an unsportsmanlike conduct penalty on the game-winning field goal. One of their defensive players was flagged for calling out offensive signals in an effort to confuse the Cardinals.
Neither team was particularly dominant in the run game; the Bengals’ Hill rushed 13 times for 45 yards, while Chris Johnson put up 18 attempts for 63 yards on the other side to lead their respective teams.

Injuries: The Cardinals’ Frostee Rucker came out of the game in the fourth quarter with an ankle injury and wouldn’t return. He posted six tackles before leaving.

Outlook: Looking ahead to Week 12, both teams will be back in action on Sunday, November 29. The Bengals will host the Rams (1:00 PM ET on FOX), while the Cardinals will travel to San Francisco to see the 49ers (4:05 PM ET on FOX).