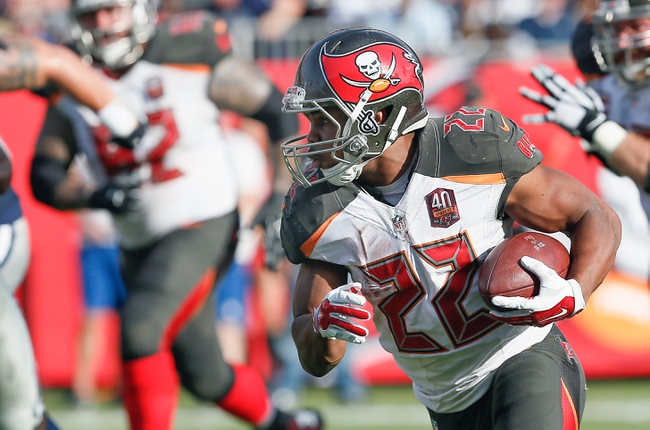 NFL Updates: News From Around the League, Week 12 Schedule and More

Week 11 isn’t quite over just yet, but it’s never too early to start looking ahead to a busy week of NFL football in the days ahead. The byes will be over in Week 12, so we’ve got plenty to keep our attention coming up. Let’s check out some of the headlines out there right now.

Bengals-Cardinals Wrap-Up: Last night’s “Sunday Night Football” matchup between the Cardinals and Bengals proved to be the great showdown everyone expected. The Cardinals eked out a victory 34-31 on a Chandler Catanzaro field goal, with Carson Palmer leading the way with 317 yards and four touchdowns. J.J. Nelson was his main target, hauling in four catches for 142 yards and a TD.
The Cards and Bengals are now both 8-2 and behind unbeaten Carolina and New England for second place in their respective conferences.

The Colts pulled off a much-needed win yesterday, snagging a nail-biter 24-21 victory over the Falcons.
Ahmad Bradshaw caught both of Matt Hasselbeck’s touchdown passes and also rushed for 32 yards. The Colts defense also snagged a pick-six to get back to .500 on the season. Atlanta is now 6-4 after a 5-0 start.

Cam Newton had a big day through the air against the Redskins, tossing five touchdowns and 246 yards in the 44-16 rout.
Jonathan Stewart was also pretty busy on the ground with his 21 carries for 102 yards.
The Panthers are now 10-0 on the season and have won eight straight games at home. Newton was the first player in franchise history to throw four touchdowns in the first half.

Doug Martin was unstoppable on the ground against the Eagles yesterday, rushing for a whopping 235 yards in the 45-17 beat down. Jameis Winston threw for five touchdown passes, tying a rookie record in the process.
The Bucs are now 5-5 and have won two straight for the first time since 2013.

With the return of QB Tony Romo, hope springs eternal in Dallas. The team snapped a seven-game losing streak against the Dolphins yesterday, and Romo threw two scores in the 24-14 victory.
The Cowboys sit at 3-7 now and may have to win out to clinch the division, depending on what the Giants do. As for the Phins, they’re 4-6 and not playing well these days.

NFL Week 12 Schedule: Let’s take a look at the upcoming round of games on the NFL schedule, along with the start times and TV networks you can catch them on.