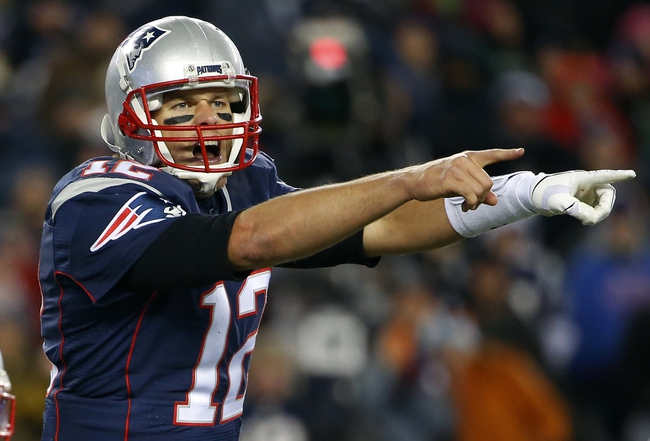 Which Week 12 NFL Games Should You Be Watching?

It’s hard to believe that tomorrow is already Thanksgiving (AKA National Football Appreciation Day). We’ve got some great games coming-up this weekend, including tomorrow’s standard Turkey Day fare. Below, you’ll see the top five match-ups of Week 12 around the NFL.

This should have been Tom Brady v. Peyton Manning XVII, but alas, it’s turned into Tom Brady v. Brock Osweiler I. Doesn’t have quite the same ring, does it? The Pats may be favored by 3, but I think the Broncos can give them a run for their money at home, even without No. 18 on the field. Look for Aqib Talib to be on fire against his former team; I’d wager he’ll have the rest of the defense ready to roll as well.

The undefeated Panthers are traveling to AT&T Stadium for a contest I fully expected them to be favored to win. Instead, the game’s a pick ‘em. Either a whole lot of people have a whole lot of faith in Tony Romo or the smart guys in Vegas know something we don’t. Regardless, color me intrigued by this game. The ‘Boys are undefeated with Romo on the field this year and cavernous Jerry World isn’t the easiest place to play, but I still think Cam Newton and Co. will be 11-0 around 7:30 tomorrow night.

Both the Buccaneers and the Colts are coming-off huge Week 11 wins and both teams desperately need this W to stay alive in the tight AFC playoff race. The Colts are also still in contention to take their division if they can stay ahead of the Houston Texans. I look for this to be a close one, but if the Colts’ D can shut down Doug Martin, I think Matt Hasselbeck and the offense can get it done at home.

This will be the 192nd meeting between Da Bears and the Pack. The game has never before taken place on Thanksgiving Day, so this is a fun one for a few reasons. The Packers are, unsurprisingly, favored by 8, but this will always be among the best rivalries in professional football so anything can happen, especially with both Matt Forte and Alshon Jeffery returning to action Thursday night.

Eli Manning and Kirk Cousins have their teams in first and second place, respectively, in the NFC East. This is a battle for the division and it should be a heated one, particularly with the Cowboys not out of contention yet either. I know I’m going to be keeping an eye on this game from Lucas Oil on Sunday afternoon. My call? The Giants get it done on the road.

The pick in this article is the opinion of the writer, not a Sports Chat Place site consensus.
Previous Pick
Top Ten Worst 2015 NFL Week 11 Injuries
Next Pick
Cowboys vs. Panthers - 11/26/15 NFL Pick, Odds, and Prediction