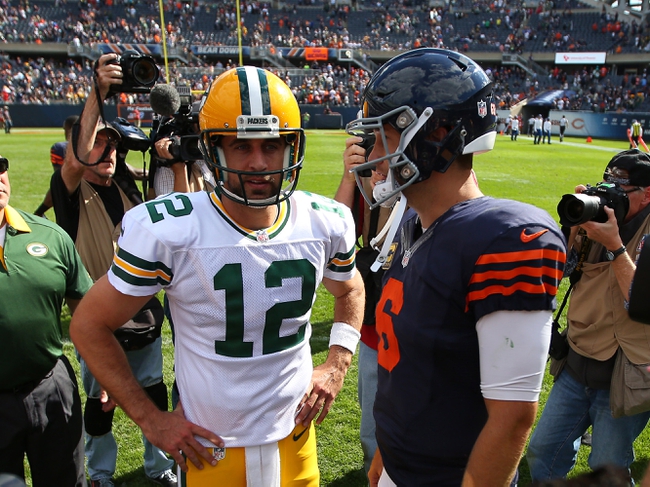 The Bears look to spoil the Thanksgiving feast at Lambeau as the two NFC North rivals square off in Thursday night.

The Chicago Bears look to continue their recent surge as they head into Green Bay to battle the Packers in what should be a physical game between two bitter rivals. The Bears have been better on offense over the last few weeks and while they didn’t find the end zone through the air last week we have seen some recent success from Jay Cutler who continues to be a boom or bust type of option behind center. The Bears are in tough here though as Lambeau is a very tough place to play and the Pack are coming off their third straight loss which simply doesn’t happen under Aaron Rodgers.

The Packers have fallen out of the race atop the NFC as they are currently three games back of the Panthers and have even fallen out of first place in their division as that honour now resides with the Minnesota Vikings. The Packers offense hasn’t looked sharp of late and while we saw a rebound effort out of Eddie Lacy last week the Pack need that to continue and get Randall Cobb and Devante Adams rolling again or they could be in big trouble. The line on this one seems a bit high but when you factor in the desperation the Packers will be playing with it doesn’t seem far fetched to have them win by double digits at home. I am not crazy on this one but I think the Pack can do enough to flirt around the line for the game and cover in the fourth quarter.

The pick in this article is the opinion of the writer, not a Sports Chat Place site consensus.
Previous Pick
Cowboys vs. Panthers - 11/26/15 NFL Pick, Odds, and Prediction
Next Pick
NFL News: Player News and Updates for 11/27/15