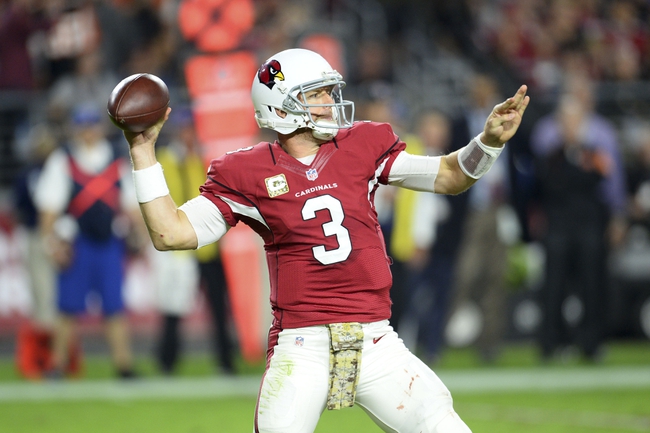 The NFL moves into its Thanksgiving Week and that means that division races are heating up and teams are playing desperate football. It also means we are back for this week’s edition of NFL Survivor Pool top plays, pool breakers, and pool makers.

The Cards head into San Fran this weekend looking to follow up last week’s big victory against the Cincinnati Bengals and while this is a divisional show down the Niners are a dumpster fire right now. Things went from bad to worse and now the Niners have no choice but to start Blaine Gabbert after Colin Kaepernick underwent surgery and with Gabbert going it’ll be a feast for the Cardinals defense. Arizona’s offense has been just as strong this season and are among the league’s top units and against the Niners in this spot it should be a cake walk.

The Pack host the Bears on Thanksgiving Thursday and while this too is another divisional show down you have to think the Pack show up here. They have lost three games in a row and that doesn’t happen with Aaron Rodgers throwing the football and to think that they would lose their fourth straight seems unfathomable. The Bears are much improved and will be able to move the ball on the ground against Green Bay but it’ll get to a point where they’ll need to go drive for drive with Rodgers at Lambeau and that seems like a tall task to pull off if you’re Jay Cutler.

The Bengals need to get back in the win column in a game against the Rams as they have dropped back to back contests and feel the Steelers breathing down their necks. Cincy has looked average in losses to Houston and Arizona but did pick things up a bit last week and will look to use that as momentum this weekend at home against a tailspin that is the Rams. St. Louis looked like a contender at times but have fallen by the way side and with Case Keenum suiting up and the Bengals needing to make a statement I think they do so here.

This is a very interesting game as the Colts should be prohibitive favourites and on paper they are but this seems like a very fishy game. The Colts are still starting Matt Hasselbeck and while he is likely one of the more serviceable backups on the market he is a step down from Andrew Luck and for an offense that hasn’t looked good anyways it’ll be tough to see them showing up here. Tampa has its own troubles but they have been playing much better of late and with Jameis Winston, Doug Martin, and Mike Evans all playing better of late the Bucs could very well pull off the upset here. I’m staying well away.

The Seahawks went off last weekend as Thomas Rawls was spectacular and it appears as though the job is his moving forward despite the fact that Marshawn Lynch will be out weeks with hernia surgery. The Seahawks stay home to face the Steelers who have had to deal with a slew of injuries in their own right but do have Big Ben back and he makes a world of difference to this team. Seattle is always tough at home and do have a very physical defense but I think this game will be a field goal game and that leaves us without much confidence in terms of a survivor play.

Those Jacksonville Jaguars? Yes. This play could very well be more about fading the Chargers who have been dreadful this season but the Jags have actually played some pretty decent games of late and should have a nice day here against San Diego. TJ Yeldon, Allen Robinson, and Allen Hurns all look like hey can be successful at this level and Blake Bortles is having a very nice sophomore season as the Jags look to continue in their role as a spoiler. Jacksonville has the offense to win this game and that’s where I am leaning in this one.

The pick in this article is the opinion of the writer, not a Sports Chat Place site consensus.
Previous Pick
Top Ten Worst 2015 NFL Week 11 Injuries
Next Pick
Cowboys vs. Panthers - 11/26/15 NFL Pick, Odds, and Prediction