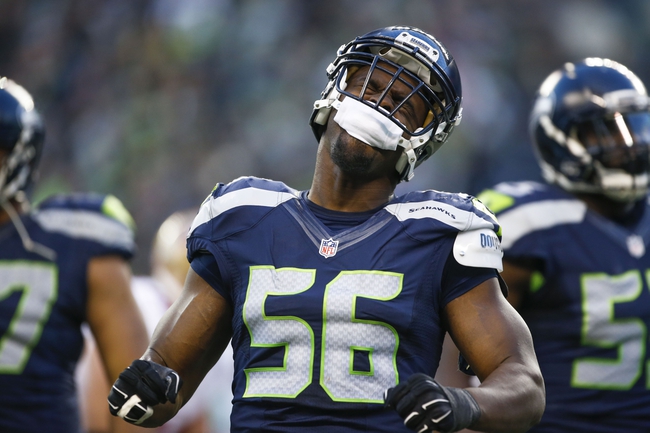 The Seattle Seahawks and the Pittsburgh Steelers face off on Sunday at CenturyLink Field in a NFL battle of playoff hopefuls.

The Seattle Seahawks are 5-5 and are hoping to go on a run that lands them in the playoffs. The Seahawks offense is averaging 22.8 points and 367.6 yards per game with a plus one turnover ratio. Seattle QB Russell Wilson has completed 67.5 percent of his passes with 13 touchdowns and seven interceptions and he has rushed for 385 yards. Marshawn Lynch leads the Seahawks rushing attack but he has been banged up and Thomas Rawls has seen increased action. Doug Baldwin and Jimmy Graham are tied for the lead as Seattle’s top receiver with 44 catches each. The Seahawks defense is allowing 19.2 points and 303.6 yards per game with four interceptions, 25 sacks, and 11 fumble recoveries. K.J. Wright has 73 tackles to lead the Seahawks, Bobby Wagner has 70 tackles, and Michael Bennett has 6.5 sacks. The Seahawks haven’t given up much on defense but the offense isn’t making a ton of plays down field.

The Pittsburgh Steelers are 6-4 this season but with mounting injuries they always seem to be a hit away from a disaster. The Steelers offense is averaging 23.6 points and 384.9 yards per game and they are plus five in turnover ratio. Pittsburgh QB Ben Roethlisberger has completed 66.8 percent of his passes with 10 touchdowns and seven interceptions. DeAngelo Williams has taken over in the backfield for a injured Le’Veon Bell and he has gained 534 yards with five touchdowns and Antonio Brown is the leading receiver with 79 catches and five touchdowns. The Steelers defense is allowing 19.1 points and 371.4 yards per game with nine interceptions, 28 sacks, and 10 fumble recoveries. Lawrence Timmons leads Pittsburgh with 73 tackles, Antwon Blake has 59 tackles, and Will Allen has 49 tackles. The Steelers are likely looking at a Wildcard spot in the AFC.

This should be a hard hitting low scoring game and I don’ expect a lot of point so my free pick here is going to be under the total that is set at 45.