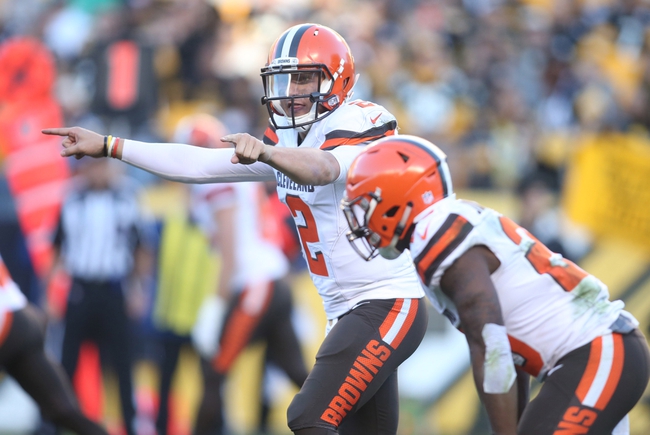 The Baltimore Ravens and Cleveland Browns square off Monday night at FirstEnergy Stadium.

The Baltimore Ravens could use a nice road win after losing four of their last five games. Matt Schaub will get the nod due to Joe Flacco tearing his ACL last week. Schaub has just 10 pass attempts since the 2014 season. Kamar Aiken and Crockett Gillmore have combined for 841 receiving yards and seven touchdowns while Kyle Juszczyk has 26 receptions. The Baltimore Ravens ground game is averaging 97.9 yards per contest, and Javorius Allen leads the way with 249 yards on 64 carries. Defensively, Baltimore is allowing 24.9 points and 354 yards per game. Daryl Smith leads the Ravens with 83 tackles, Elvis Dumervil has 4.5 sacks and Jimmy Smith has eight pass deflections. Kelechi Osemele and Nick Boyle are questionable.

The Cleveland Browns could use a nice home victory to snap a five-game losing streak. Johnny Manziel is completing 59.4 percent of his passes for 933 yards, five touchdowns and two interceptions. Manziel has 78 pass attempts in his last two games. Travis Benjamin and Gary Barnidge have combined for 1,403 receiving yards and 11 touchdowns while Duke Johnson Jr. has 39 receptions. The Cleveland Browns ground game is averaging 75.6 yards per contest, and Isaiah Crowell leads the way with 328 yards and one touchdown. Defensively, Cleveland is allowing 27.7 points and 407.3 yards per game. Karlos Dansby leads the Browns with 79 tackles, Armonty Bryant has 3.5 sacks and Tramon Williams has six pass deflections. Donte Whitner and Joel Bitonio are questionable while Joe Haden is doubtful.

The Ravens were trash before they lost Flacco and Justin Forsett for the season. Now Baltimore will be relying on a quarterback who has thrown the ball just 10 times in the last two years? Right. Manziel has some weapons around him and the Browns usually put up a fight when playing at home.

I would have sided with the Browns before the injuries. Now with Schaub taking over, I'm certainly backing Cleveland in this matchup.

The pick in this article is the opinion of the writer, not a Sports Chat Place site consensus.
Previous Pick
Texans vs. Saints - 11/29/15 NFL Pick, Odds, and Prediction
Next Pick
Top Ten Takeaways From Week 12 in the NFL