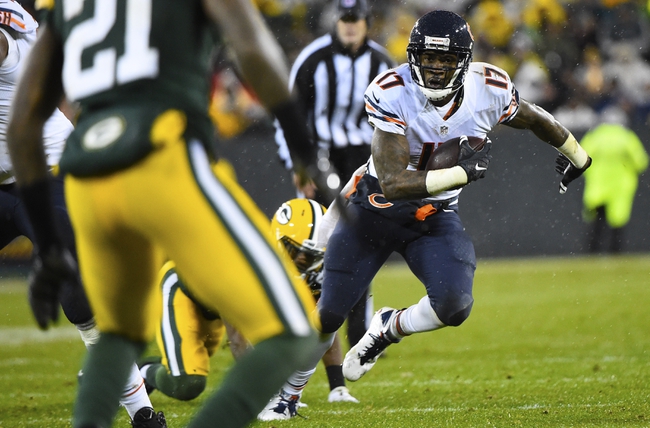 NFL Updates: News From Around the League, Week 13 Schedule and More

Tonight, the NFL will get going on Week 13, and after that it’s just one short month until the end of the regular season. With that on our minds, let’s check out some of the notable players and situations out there in the news right now.

Darrelle Revis of the Jets missed out on last week’s win against the Dolphins due to a concussion, and he’s still in the recovery stages.
The good news is that Revis has been cleared for light activity, but we would imagine he’ll be sidelined once again on Sunday against the Giants. Expect a huge day from Odell Beckham.

Good news for the Bears’ Alshon Jeffery. He’s officially off the team’s injury report after being saddled with groin and shoulder issues the past few weeks.
Jeffery was able to suit up last week, even though he was labeled as questionable. He’ll be all systems go against the 49ers.

Speaking of the 49ers, RB Carlos Hyde didn’t practice yesterday, thanks to his foot injury.
Hyde is being called day-to-day, but his condition sounds a bit worse than that. In the meantime, Shaun Draughn will get the bulk of the work.

The Buccaneers have been without TE Austin Seferian-Jenkins for the past nine games, but the good news is that he has a shot at getting out there this week.
Seferian-Jenkins was limited in yesterday’s practice with his shoulder injury, but still hasn’t been cleared yet.

Neither Heath Miller nor Martavis Bryant were able to practice yesterday for the Steelers.
Miller is dealing with a rib injury, and Bryant has a hip issue. We’ll get some more information on them today; for now they’re both questionable for this weekend.

Let’s finish up with a couple of Patriots wide receivers. Keshawn Martin was removed from this week’s injury report, which means he’s pretty much over his hamstring issue.
Then there’s Danny Amendola. He was limited yesterday due to his knee, but is expected to make the start this week.
The team definitely needs both of these guys with no Rob Gronkowski in Week 13.

NFL Week 13 Schedule: Let’s take a look at the upcoming round of games on the NFL schedule, along with the start times and TV networks you can catch them on.

The pick in this article is the opinion of the writer, not a Sports Chat Place site consensus.
Previous Pick
Top Ten Worst 2015 NFL Week 12 Injuries
Next Pick
Lions vs. Packers - 12/3/15 NFL Pick, Odds, and Prediction