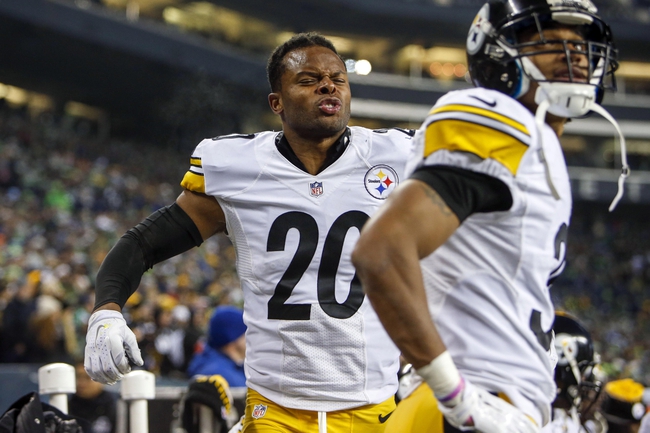 The Patriots dropped their first game of the season leaving only two groups left without a loss in 2015: the Carolina Panthers and those in NFL survivor pool concerned with this week's article. Here are this week's top plays, pool breakers, and pool makers:

The Steelers are at home this week and have an opportunity to make a serious push towards their bid for an AFC playoff spot as they welcome the Indianapolis Colts who are still without Andrew Luck. Matt Hasselbeck has done a fine job filling in at quarterback for the Colts but this just looks like a nightmare of a scenario for them as the Steelers are in desperate need of a win and are playing at Heinz Field which is always a tough out for opponents. Roethlisberger, Brown, and Deangelo Williams will be too much for Indy's porous defense to handle and while the Colts may be able to put up some points of their own it won't be nearly close enough as the Steel Curtain get a big win at home this weekend.

It might be a bit of a shock to see the Bears on this list considering there are some other heavyweights on the board but due to road match ups, injuries, and divisional show downs I am leaning in the direction of the Bears this week. Chicago has been playing very well of late and a large part of that is due to the play of Jay Cutler behind center. Chicago returns home to face the San Francisco 49ers who have been dreadful this season and their futility should continue this weekend. The Bears are starting to get healthy and this week they have a great match up in which Matt Forte, Alshon Jeffery, and Cutler should have explosive numbers. Take the Bears here.

The Bengals got back in the win column last week and now get the luxury of heading into Cleveland to battle the Browns who continue their quarterbacking carousel this weekend with Austin Davis slated to start. Cincy are the clear cut leaders atop the AFC North but can feel the Steelers breathing on them and a win here would all but lock up the division for the striped cats who were sensational on both sides of the ball last week against the Rams. The Browns meanwhile are coming off a crazy loss against the Ravens and now go with Davis behind center as Josh McCown is out for the season and Johnny Manziel has been demoted thanks to his bye week antics. This is a terrible spot for Cleveland. At least they have Lebron.

In what should be one of the more exciting contests of the weekend we get two physical, defensive football games going toe to toe as the Vikings host the Seahawks. Minnesota has had a very strong season and have done so thanks to a solid ground game from Adrian Peterson and a great defense which is the exact formula the Seahawks have been operating under and the similar styles clash here in what should be a close game. Teddy Bridgewater hasn't looked overly impressive and Russell Wilson has some injuries to deal with on the offensive side of the ball and with all things considered this game looks to be one to stay away from.

Don't look now but the Houston Texans have won four straight football games and are tied atop the AFC South with the Indianapolis Colts and could very well hold a playoff spot by week's end. The Bills meanwhile are finding new ways to lose and are now a game under the .500 mark and are fading fast in the AFC playoff picture. The Bills usually find a way to get up for meaningful games at the Ralph and this certainly classifies as one of those games but the Texans are playing very well at the moment and it'll be a matter of who can play better between Tyrod Taylor and Brian Hoyer. I would stay away from this one from a survivor perspective and just enjoy the game.

The dreadful season in Dallas continued last weekend as they lost Tony Romo once again this time for the rest of the season due to another collarbone injury and have all but locked up a top five draft pick as a result. The Redskins meanwhile have quietly put together a very solid season and lead the woeful NFC East but a victory at home would put them in the driver's seat and in prime time against their hated rivals they should be considered favourites. Washington has found chemistry between Kirk Cousins and Desean Jackson and if they can establish the run game they should be in cruise control here as Matt Cassel isn't going to win this game and the Cowboys are a hurting unit all across the board.

The pick in this article is the opinion of the writer, not a Sports Chat Place site consensus.
Previous Pick
Top Ten Worst 2015 NFL Week 12 Injuries
Next Pick
Lions vs. Packers - 12/3/15 NFL Pick, Odds, and Prediction