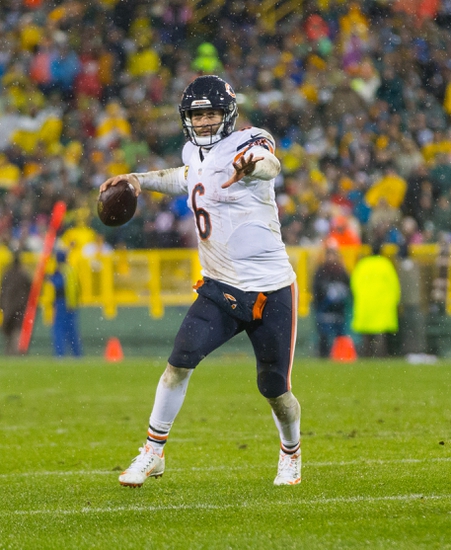 Which NFL Games Should You Bet on in Week 13?

Friday, Friday, Friday translates to “picks, picks, picks” in my little corner of the world. After last night’s thriller at Ford Field, just remember, any given week anything can happen. Below, you’ll find my top five best bets for Week 13 in the NFL.

With Matt Forte once again healthy and Alshon Jeffrey off the injury report for the first time since November 11, I think Jay Cutler and his boys get it done by a touchdown or more at Soldier Field against a Niners D that is painfully bad on the road.

This is a tough one to call and y’all know by now I’m almost always on the Legion of Boom’s side, but this weekend, I like an emotionally charged Vikings team to win at home. Adrian Peterson is fired-up as his NFC North-leading team is poised to take a first-round bye in the postseason for the first time in years. It’ll be close, but I like Minnesota in this one.

“What?”, you’re probably saying…and with every right. Think, for a moment, though, that Drew Brees is averaging 7.0 yards per play when he passes. He’s also a Hall of Fame bound player. At home. In a division battle. I’m not impugning Carolina’s undefeated record, but I think Brees and Co. keep it within four or five in their house.

It’s not often I feel good about taking a favored team on the road. This is, however, one of those rare times. The Cards are not only out for revenge after the Rams beat them in Glendale, but they’re averaging 11.5 yards per drive (that’s the most in the league, if you were wondering). I don’t even think Todd Gurley’s attack can stop Bruce Arians’s boys from winning by a touchdown this weekend.

I’m not saying the Pats are going to lose this game. In fact, I’m pretty sure they won’t. Nonetheless, with as beat-up as their offense is, I think the Eagles can keep it closer than the line would suggest. Take the ‘dog on the road in this one.