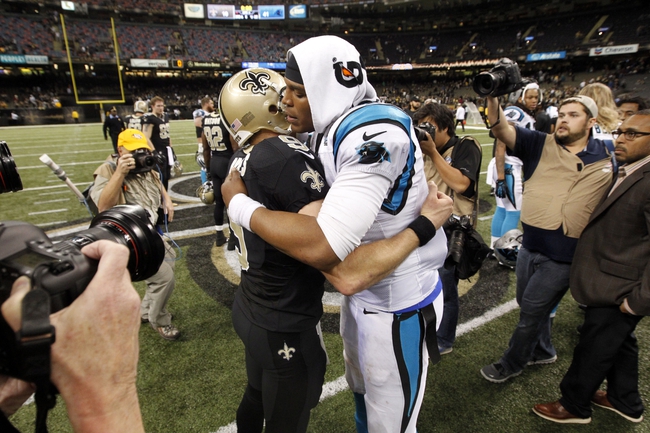 The Carolina Panthers and New Orleans Saints square off Sunday afternoon at the Mercedes-Benz Superdome.

The Carolina Panthers look to remain unbeaten and inch closer to locking up the top seed in the NFC. Cam Newton is completing 57.2 percent of his passes for 2,466 yards, 20 touchdowns and nine interceptions. Newton has six touchdown passes in his last three games. Greg Olsen and Ted Ginn Jr. have combined for 1,233 receiving yards and 10 touchdowns while Jerricho Cotchery has 24 receptions. The Carolina Panthers ground game is averaging 138.9 yards per contest, and Jonathan Stewart leads the way with 832 yards and four touchdowns. Defensively, Carolina is allowing 18.6 points and 312.5 yards per game. Luke Kuechly leads the Panthers with 75 tackles, Josh Norman has 15 pass deflections and Kawann Short has six sacks. Mario Addison, Star Lotulelei and Philly Brown are questionable.

The New Orleans Saints look for a big victory that would snap a three-game losing streak. Drew Brees is completing 69.5 percent of his passes for 2,972 yards, 20 touchdowns and nine interceptions. Brees has 12 touchdown passes in his last three games. Brandin Cooks and Willie Snead have combined for 1,327 receiving yards and nine touchdowns while Benjamin Watson has 46 receptions. The New Orleans Saints ground game is averaging 101.3 yards per contest, and Mark Ingram leads the way with 661 yards and five touchdowns. Defensively, New Orleans is allowing 30.8 points and 418.6 yards per game. Stephone Anthony leads the Saints with 72 tackles, Cameron Jordan has six sacks and Delvin Breaux has 13 pass deflections. Dannell Ellerbe, Damian Swann and David Hawthorne are questionable.

Yes, this is a lot of points to lay on a road team, but we've seen nothing from the Saints defense that would suggest they can keep this game close with the only remaining undefeated team in the league. The Panthers are steamrolling just about every team they come across and they've had extra rest considering they played on Thanksgiving.

I'll eat the touchdown and back the Panthers here.