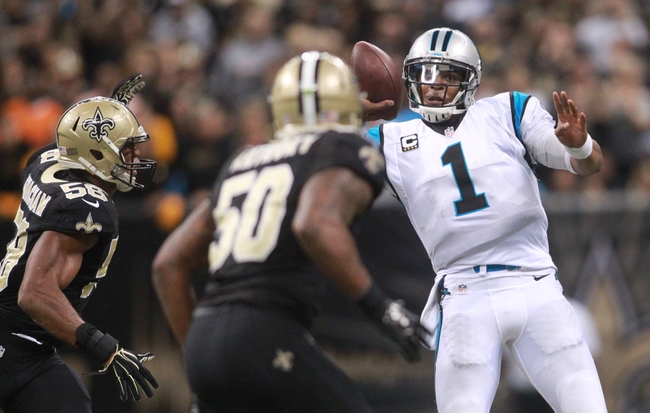 Week 13 in the NFL is almost finished up; we’ve just got one more game this evening. In the meantime, let’s check out some of the headlines and news from around the league.

Colts-Steelers Wrap-Up: After the first quarter or so, this wasn’t much of a game. The Steelers destroyed the Colts in Pittsburgh last night on “Sunday Night Football,” cruising to a 45-10 victory.
Ben Roethlisberger was big in this one yet again, tossing for 364 yards and four touchdowns. He now has 886 pass yards and 10 touchdowns in his last two games against Indy. Antonio Brown put up 118 yards and two scores, along with a 71-yard punt return TD.
The Steelers move to 7-5 in the crowded AFC playoff race. The Colts fall to 6-6.

One of the more thrilling games yesterday came between the Saints and Panthers, who stayed undefeated with a 41-38 victory in New Orleans.
This one came down to the final minute, as Cam Newton tossed his fifth touchdown to help seal the win. He was 28-of-41 for 331 yards overall.
The Panthers are off to the ninth 12-0 start in NFL history.
Also of note in this one: Stephone Anthony became the first player to return a blocked extra point kick for a two-point conversion in league history.

In a stunning upset, the Eagles were able to take down the Patriots in Foxborough yesterday, clinging on through a furious Pats comeback to get the win 35-28.
The Eagles scored twice on special teams, breaking their three-game losing streak to move to 5-7.
The Patriots now have their first back-to-back regular season losses since 2012.

Coming into the Seahawks-Vikings game yesterday, Minnesota had looked pretty good. That all screeched to a halt with a 38-7 Seattle drubbing, however, as Russell Wilson tossed for a 21-of-27 line for 274 yards and three touchdowns.
Adrian Peterson was held to 18 yards on eight totes as the Vikes fell to 8-4. The Seahawks, meanwhile, are on a roll at 7-5.