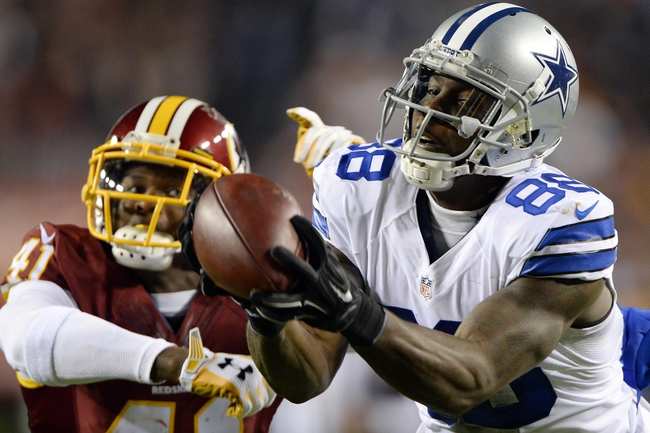 Wrapping up the Week 13 NFL schedule on “Monday Night Football,” we had an NFC East matchup between the Cowboys and the Redskins. Dallas was coming off an embarrassing loss to the Panthers on Thanksgiving in their last appearance, while Washington posted a six-point win over the Giants in Week 12, keeping them in the conversation for the division title. Things got a whole lot more crowded after this game.
Let’s check out a few of the key players and stats from this game so we can figure out why things played out the way they did. Afterward we’ll look ahead to Week 14 to see what’s on the horizon for both teams.

What Happened: Let’s not mince words here: this was an ugly, ugly game. There were plenty of fumbles, whiffed passes and mistakes on both sides throughout most of the evening.
There was no score in the first quarter, and the only points of the second came on a pair of field goals. Dallas’ Dan Bailey nailed one from 38 yards out, and the Redskins’ Dustin Hopkins was good from 45 for a 3-3 score at halftime.
After the break, the field goals continued. Hopkins hit from 36, and Bailey was good from 34 in the third, which inched the score up to 6-6 heading into the fourth quarter.
The teams exchanged yet another pair of field goals in the final quarter, Hopkins from 46 and Bailey from 20 to make it 9-9.
In the final 1 ½ minutes, the teams were finally able to get it going on the scoreboard. Darren McFadden scored on a 6-yard run, and DeSean Jackson snagged a 28-yard pass from Kirk Cousins to even it back up.
Bailey was good one final time as the clock wore down, connecting from 54 yards to break the tie and give his team a sloppy 19-16 victory.
The NFC East is a jumble of mediocrity right now. The Cowboys are just 4-8 but still only one game behind the other three teams, which sit at 5-7.

The Stars: Neither team has a whole lot to be proud of here. We’ll give the game ball to Bailey, however, as he was good on all four field goals and the extra point. Hopkins missed one kick but still deserves mention.
DeSean Jackson had a decent statistical outing, leading all receivers with six grabs for 80 yards and a TD.

The Goats: We could basically put everyone on here, as nobody played all that well in this game. McFadden lost two fumbles, and Jackson had one get away. Both offenses were basically inept; one telling statistic is Dallas’ 1-of-9 mark on third downs.
There were also plenty of penalty gaffes here. The Cowboys were flagged eight times for 70 yards; the Redskins had nine flags for 73 yards.

Injuries: Both teams have been hit pretty hard by injury this year, and seemed to escape this one without any other significant issues popping up. The Redskins will have to monitor Stephen Paea and Jason Hatcher this week, however. They were both banged up here.

Outlook: Looking ahead to Week 14, both teams will be back in action on Sunday, December 13, and both playing road games against NFC North teams. The Redskins will head to Chicago to see the Bears (1:00 PM ET on FOX), while the Cowboys will go to Green Bay to visit the Packers (4:25 PM ET on FOX).

The pick in this article is the opinion of the writer, not a Sports Chat Place site consensus.
Previous Pick
Redskins vs. Cowboys - 12/7/15 NFL Pick, Odds, and Prediction
Next Pick
Top Ten Worst 2015 NFL Week 13 Injuries