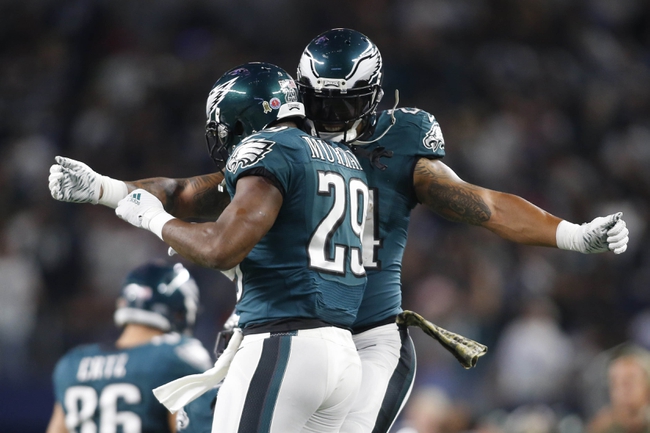 The NFL’s Week 14 will be getting going tomorrow, so there’s not much more time left for us to get prepared. In the meantime, let’s visit with the daily headlines and news items out there in the league.

The Giants put TE Larry Donnell on IR yesterday, which ends his season.
Donnell had been out since Week 9 with a neck injury and will head into next year as an exclusive-rights free agent. It’s hard telling if he’ll be with the team or not when the season begins.

Good news for the Packers’ Ty Montgomery. He was able to get back out on the practice field yesterday, which is a good sign heading into Week 14.
Montgomery hasn’t been out on the field since Week 6, thanks to his ankle injury (he aggravated his injury in Week 11). We’ll have to watch him this week to see if he is able to play against the Cowboys. Green Bay could certainly use him.

Let’s check out a few notable Cardinals injury situations. First off, there’s RB Andre Ellington. He was out of practice yesterday, and will miss tomorrow’s game against the Vikings. That will leave David Johnson to shoulder the load.
Jermaine Gresham will also miss out on the game, thanks to his knee injury.
The good news is that both Larry Fitzgerald and Michael Floyd will be good to go, despite having their reps limited in practice yesterday.

The Bears put TE Martellus Bennett on season-ending injured reserve yesterday, thanks to his rib issue. The team signed Rob Housler as his replacement.
As for Bennett, it wouldn’t be surprising to see him on another team next season. He hasn’t played terribly well, and has been at odds with the coaching staff.

Ryan Mathews expects to be back in action this weekend against the Bills. He’s getting over a concussion.
Mathews was able to put in a full practice yesterday, which is good news for the Eagles. They’ve been having some major production problems from No. 1 RB DeMarco Murray and will need to turn to Mathews to help give them a lift.

The pick in this article is the opinion of the writer, not a Sports Chat Place site consensus.
Previous Pick
Top Ten Takeaways From Week 13 in the NFL
Next Pick
Week 14 NFL Survivor Pool Picks