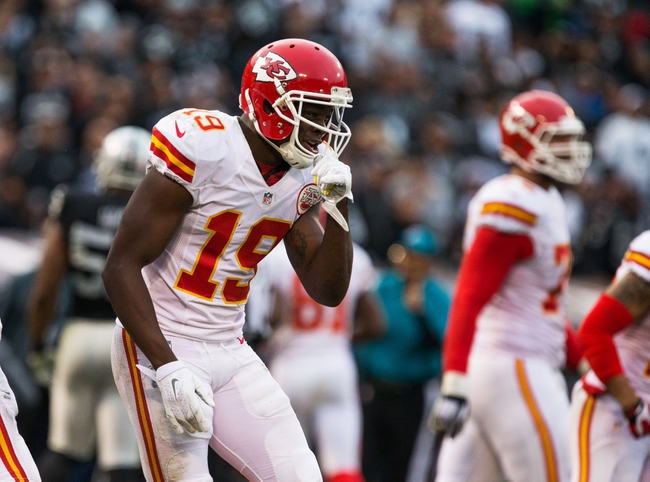 The NFL season heads into a pivotal Week 14 as playoff battles and division races are heating up and if not already, Survivor pools are starting to get down to their final numbers. Here are this week's top plays, pool breakers, and pool makers.

The Panthers' undefeated streak has been impressive and they continue this weekend with a home date against their division rivals from Atlanta who have fallen off the tracks in the second half of the season. Carolina is a great football team that continues to find ways to win and in a divisional show down at home they should have a field day on the Falcons. Atlanta hasn't been able to get their offense rolling and the critics are starting to pile on Matt Ryan and while Julio Jones and Devonta Freeman provide a scary threat offensively they should be limited by a stingy Panthers defense. The Cats continue their winning ways this weekend.

The Seattle Seahawks are back. The reigning two time NFC champions were written off on a number of occasions this season but after trouncing the Vikings in Minnesota last weekend they made a statement that they aren't quite ready to relinquish their crown and they look as scary as ever. The Seahawks haven't missed a beat without Marshawn Lynch as Thomas Rawls has been spectacular and the passing game blew up last weekend against a solid Minnesota team and that is without the option of Jimmy Graham, who despite not having a strong year is always a threat down field. The Ravens meanwhile are a train wreck and this defense against Matt Schaub should spell the end of the outcome pretty quickly.

The Chiefs return home for their second AFC West show down in as many weeks after leaving the Black Hole with a huge win last week and they get it done again here against the Chargers. The Chiefs are always a tough team to play at home and with a playoff spot in sight you can be sure Andy Reid will have his team ready to play despite the potential for a let down spot. Phillip Rivers is a great quarterback but he doesn't have a ton of support this season and with all things considered this should be a cake walk for the Chiefs who inch closer to a wild card spot after being left for dead at 1-5 earlier this season.

This game has trap written all over it as the upstart Oakland Raiders head into Mile High looking to play spoiler for their division rivals who have basically wrapped up the AFC West and continue to play with Brock Osweiler throwing the football. Oakland's loss to Kansas City basically sealed their fate as a playoff team but they have been playing very solid football and had the Broncos on the ropes earlier this season in Oakland and I think we see more of the same here. The Broncos obviously have a spectacular defense but I think this one will be closer than people think and if you're thinking of taking Denver this week I'd advise to save yourself the sweat and tears.

The Patriots find themselves on this list once again but this time in unfamiliar territory as they are starting to slide in the AFC standings thanks to their onslaught of injuries. Julian Edelman and Rob Gronkowski remain sidelined and while Danny Amendola and Scott Chandler have been serviceable and James White has filled the void left by Dion Lewis they just seem to be a step behind right now and that is trouble for them as the Texans have an opportunistic defense and a team playing with a ton of confidence. Houston is at home here and they need to keep winning to stay afloat in the AFC South race and while I am not entirely convinced they win outright I do think it'll be close and the Pats are a team to avoid right now until some of their play makers return.

One of the biggest games of the weekend takes place in Philadelphia this weekend as both teams are competing for a playoff spot and both coaches are looking for the best out of their players in the final stretch of the season. However, the big story line will be the return of LeSean McCoy to Philadelphia and the surrounding circus involving his relationship with former coach Chip Kelly. While the fire works are bound to be plentiful and McCoy will at the centre of it I think it comes down to which team is playing better football and with all thongs considered it is the Bills. Rex Ryan is a sucker for story lines as well and you know he is going to pound the rock with Shady here and in the end I think the Bills get the win in what is a nice spot to take a flier if you have used up all of your big dogs.

The pick in this article is the opinion of the writer, not a Sports Chat Place site consensus.
Previous Pick
Top Ten Worst 2015 NFL Week 13 Injuries
Next Pick
Cardinals vs. Vikings - 12/10/15 NFL Pick, Odds, and Prediction