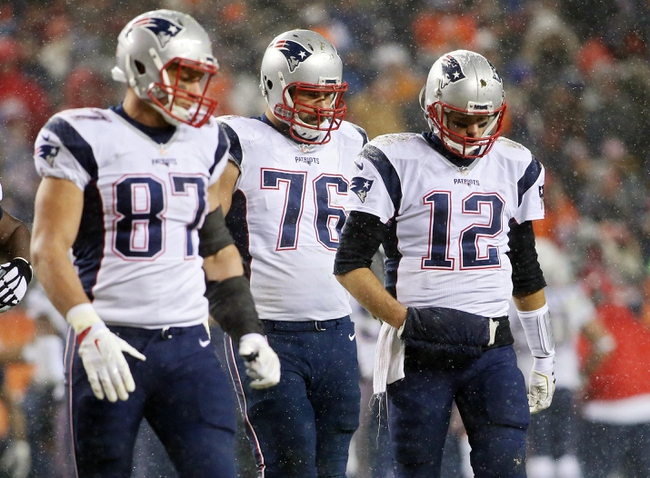 Week 14 will be rolling along again tomorrow in the NFL, and we’ve got plenty to talk about in the meantime. That said, let’s check out some of the headlines out there and see who’s in the news.

The Seahawks’ Marshawn Lynch still looks a little ways off from returning. He’s classified as “week-to-week” with his abdomen injury, and was cleared for rehab, but isn’t back on the practice field yet.
Lynch likely will take longer to return than his initial four-week timetable. That means Thomas Rawls will probably finish out there season as the team’s No. 1 RB.

It looks like the Colts will be getting Philip Dorsett back this week. He’s probable with that ankle injury.
Dorsett hasn’t seen the field since Week 7, but will be a welcome sight for the Colts. He averaged over 15 YPC in the first seven games.

The Ravens’ Matt Schaub is questionable for this weekend’s game against the Seahawks. He’s fighting issues with his chest and shoulder.
Schaub didn’t practice all week, and will likely be a game-time decision. If he can’t go, the team will have to roll with Jimmy Clausen.

Julian Edelman has been ruled out for Week 14 against Houston, and Danny Amendola is questionable.
Edelman was able to get back on the practice field for the Patriots yesterday, but still needs a little more time to get his foot injury back in order. As for Amendola, he’s got a knee issue but did get in limited practices this week. He’ll most likely play.
As for TE Scott Chandler, he’s questionable with a knee issue but did get in limited practices. If he plays, his stat-line will hinge on Rob Gronkowski, who was limited the last two days in practice and is questionable as well. Gronk will likely be a game-time decision.

Vernon Davis’ concussion has him questionable for the Week 14 matchup against the Raiders.
If Davis has to sit out, Owen Daniels will get another start at TE.

The Lions’ Calvin Johnson is questionable with his ankle injury, but sources close to the team believe he’ll be okay for the Rams game.

The pick in this article is the opinion of the writer, not a Sports Chat Place site consensus.
Previous Pick
Top Five NFL Week 14 Games to Watch
Next Pick
Denver Broncos vs. Oakland Raiders - 12/13/15 NFL Pick, Odds, and Prediction