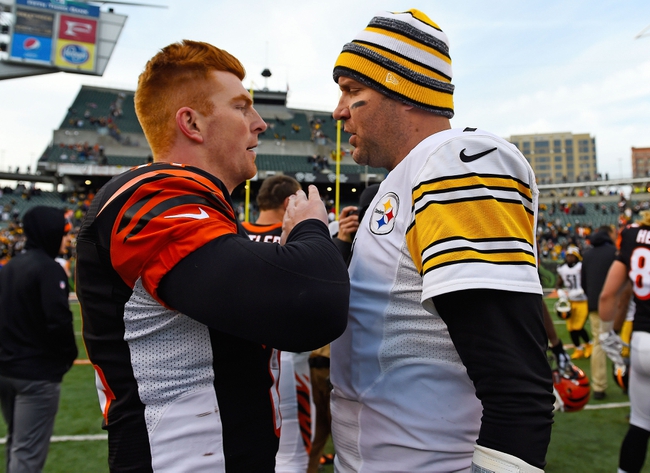 The Pittsburgh Steelers and Cincinnati Bengals square off in a AFC North showdown Sunday at Paul Brown Stadium.

The Pittsburgh Steelers can stay in the division race by getting their third road victory. Ben Roethlisberger is completing 65.9 percent of his passes for 2,707 yards, 15 touchdowns and nine interceptions. Roethlisberger has eight touchdown passes in his last three games. Antonio Brown and Martavis Bryant have combined for 1,933 receiving yards and 13 touchdowns while Markus Wheaton has 28 receptions. The Pittsburgh Steelers ground game is averaging 123.1 yards per contest, and DeAngelo Williams leads the way with 697 yards and six touchdowns. Defensively, Pittsburgh is allowing 20 points and 365.8 yards per game. Lawrence Timmons leads the Steelers with 88 tackles, Cameron Heyward has five sacks and Antwon Blake has nine pass deflections. William Gay, Heath Miller and Sean Spence are questionable.

The Cincinnati Bengals look to pretty much clinch the AFC North with a big home victory here. Andy Dalton is completing 66.1 percent of his passes for 3,191 yards, 25 touchdowns and six interceptions. Dalton has seven touchdown passes in his last three games. A.J. Green and Marvin Jones have combined for 1,632 receiving yards and 11 touchdowns while Tyler Eifert has 46 receptions. The Cincinnati Bengals ground game is averaging 118.3 yards per contest, and Giovani Bernard leads the way with 607 yards and two touchdowns. Defensively, Cincinnati is allowing 16.3 points and 337.5 yards per game. Vincent Rey leads the Bengals with 88 tackles, Geno Atkins has eight sacks and Dre Kirkpatrick has 12 pass deflections. Chris Lewis-Harris, Eric Winston and Tyler Eifert are questionable.

This should be a tight game, especially when you consider the last six games between the Bengals and Steelers have been split down the middle. However, the Bengals are the better team here and three of the Steelers five losses have come on the road. It's just hard not to take Cincy at home with the small chalk.

Give me the Bengals to win once again.