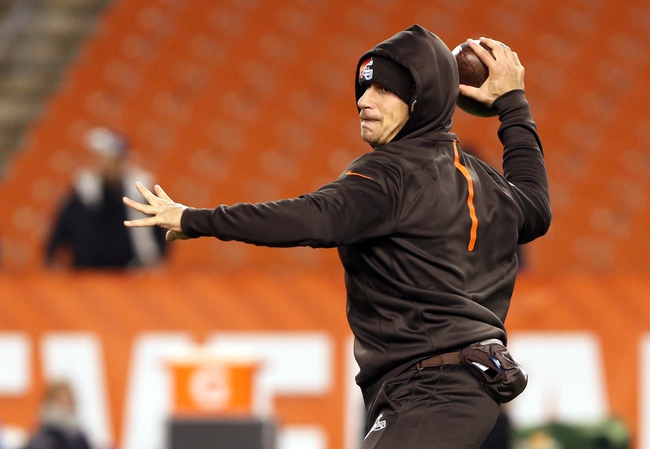 The San Francisco 49ers hope to win back-to-back games for the first time this season. Blaine Gabbert is completing 63 percent of his passes for 963 yards, five touchdowns and three interceptions. Gabbert has three touchdown passes in his last three games. Anquan Boldin and Torrey Smith have combined for 1,124 receiving yards and five touchdowns while Quinton Patton has 20 receptions. The San Francisco 49ers ground game is averaging 99.1 yards per contest, and Carlos Hyde leads the way with 470 yards and three touchdowns. Defensively, San Francisco is allowing 24.3 points and 395.1 yards per game. NaVorro Bowman leads the 49ers with 119 tackles, Aaron Lynch has 6.5 sacks and Tramaine Brock has 10 pass deflections. Aaron Lynch, Garrett Celek and Michael Wilhoite are questionable.

The Cleveland Browns could use a win to snap a brutal seven-game losing streak. Johnny Manziel is completing 59.4 percent of his passes for 933 yards, five touchdowns and two interceptions. Manziel has just 163 career pass attempts. Travis Benjamin and Gary Barnidge have combined for 1,643 receiving yards and 12 touchdowns while Duke Johnson Jr. has 48 receptions. The Cleveland Browns ground game is averaging 73.9 yards per contest, and Isaiah Crowell leads the way with 397 yards and one touchdown. Defensively, Cleveland is allowing 28.9 points and 398.8 yards per game. Karlos Dansby leads the Browns with 88 tackles, Armonty Bryant has 3.5 sacks and Tramon Williams has seven pass deflections. Malcolm Johnson, Andrew Hawkins and Joe Haden are questionable.

I'm not sure either of these teams are really trying to win at this point. A higher draft pick means more to both clubs. However, somebody has to win. So, I'm going with the Browns. One, Cleveland is at home and the play of Manziel should motivate and excite guys. You're really taking a shot in the dark with either of these teams, but the Browns do have the slight edge.