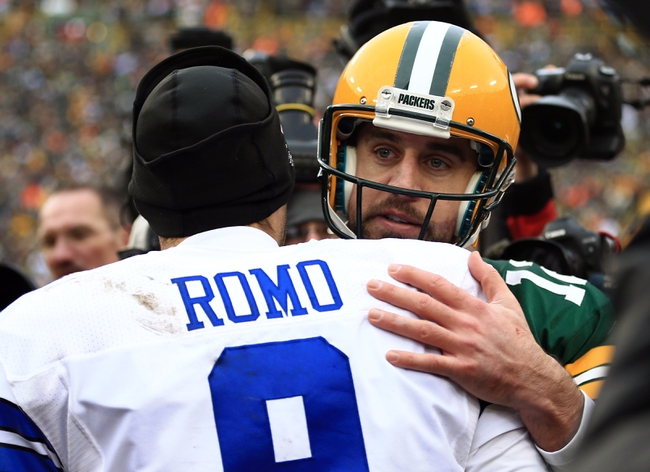 The Dallas Cowboys need a nice road victory to remain in the thick of the NFC East race. Matt Cassel is completing 61.7 percent of his passes for 1,124 yards, five touchdowns and five interceptions. Cassel has one touchdown pass in his last three games. Terrance Williams and Jason Witten have combined for 1,107 receiving yards and five touchdowns while Dez Bryant has 26 receptions. The Dallas Cowboys ground game is averaging 113.8 yards per contest, and Darren McFadden leads the way with 687 yards and three touchdowns. Defensively, Dallas is allowing 23.1 points and 326.5 yards per game. Sean Lee leads the Cowboys with 94 tackles, Greg Hardy has 4.5 sacks and Byron Jones has eight pass deflections.

The Green Bay Packers need this home victory in order to stay in the NFC North race. Aaron Rodgers is completing 61 percent of his passes for 2,957 yards, 26 touchdowns and five interceptions. Rodgers has five touchdown passes in his last three games. Randall Cobb and James Jones have combined for 1,267 receiving yards and 13 touchdowns while Richard Rodgers has 48 receptions. The Green Bay Packers ground game is averaging 111.7 yards per contest, and Eddie Lacy leads the way with 517 yards and two touchdowns. Defensively, Green Bay is allowing 19.8 points and 356.8 yards per game. Ha Ha Clinton-Dix leads the Packers with 87 tackles, Julius Peppers has seven sacks and Damarious Randall has 12 pass deflections. Andrew Quarless, Bryan Bulaga and Damarious Randall are questionable.

The Packers continue to struggle due to so many injuries on the offensive side of the ball, and it's not like their defense is playing consistent  either. The Cowboys have something to play for again and even if they lose this game, they've lost a lot of close ones. I'm taking the points, especially with the way the Packers are limping across the finish line.