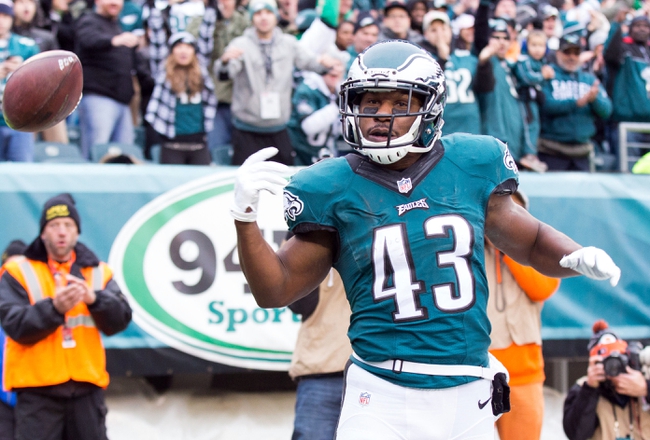 The Philadelphia Eagles and the Buffalo Bills face off in a Week 14 NFL battle of teams looking to make the playoffs.

The Philadelphia Eagles are 5-7 this season and that puts them right in the thick of the race for the NFC East. The Eagles offense is averaging 23.2 points and 352.1 yards per game and they have a plus one turnover ratio. Philadelphia QB Sam Bradford has completed 63.5 percent of his passes with 13 touchdowns and 10 interceptions. DeMarco Murray is the Eagles top rusher with 569 yards and four touchdowns and Jordan Matthews leads in receptions with 61 and four touchdowns. The Eagles defense is allowing 25.2 points and 383.4 yards per game with 14 interceptions, 30 sacks, and 16 fumble recoveries. Malcolm Jenkins is the Eagles leading tackler with 79, Walter Thurmond has 66, and Byron Maxwell has 56 tackles. The Eagles have been up and down all season but if they can make the playoffs they get the fresh start that comes with that.

The Buffalo Bills are 6-6 this season and they are looking for a strong finish that will land them in the playoffs. The Bills offense is averaging 24.7 points and 350.7 yards per game with a plus four turnover ratio. Buffalo QB Tyrod Taylor has completed64.9 percent of his passes with 17 touchdowns and four interceptions. LeSean McCoy leads the Bills ground attack with 792 yards and three touchdowns and Charles Clay leads in receptions with 50 and three touchdowns. The Bills defense is allowing 23.2 points and 359.7 yards per game with 12 interceptions, 18 sacks, and eight fumble recoveries. Preston Brown leads the Buffalo defense with 93 tackles, Corey Graham has 92 tackles, and Ronald Darby has 60 tackles. The Bills have been hot and cold but have come up short in key spots.

I expect to see plenty of scoring so my free pick is going to be over the total that has been set at 47.