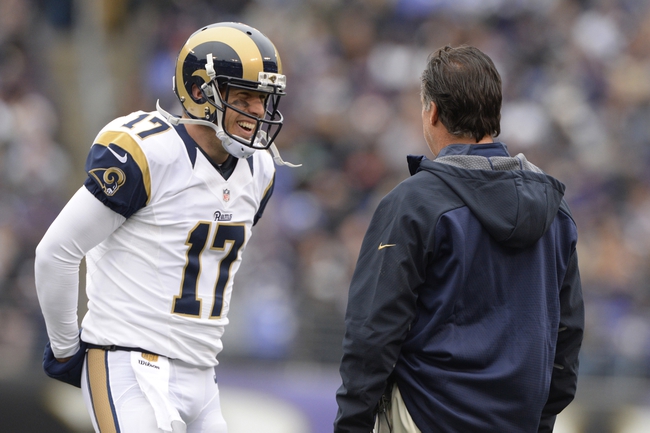 The Detroit Lions and St. Louis Rams square off in a NFC matchup Sunday at Edward Jones Dome.

The Detroit Lions look for just their ninth road victory since the 2013 season. Matthew Stafford is completing 64.9 percent of his passes for 3,164 yards, 22 touchdowns and 12 interceptions. Stafford has seven touchdown passes in his last two games. Calvin Johnson and Golden Tate have combined for 1,580 receiving yards and nine touchdowns while Theo Riddick has 60 receptions. The Detroit Lions ground game is averaging 76.7 yards per contest, and Ameer Abdullah leads the way with 414 yards and one touchdown. Defensively, Detroit is allowing 26.3 points and 351.2 yards per game. Stephen Tulloch leads the Lions with 80 tackles, Ezekiel Ansah has 12.5 sacks and Darius Slay has 10 pass deflections. Gabe Wright, Lance Moore and Travis Swanson are questionable.

The St. Louis Rams look to snap a five-game losing streak by getting their fourth home victory. Case Keenum is completing 46.2 percent of his passes for 136 yards, one touchdown and zero interceptions. Keenum has just 103 pass attempts in the last two seasons. Kenny Britt and Jared Cook have combined for 846 receiving yards and one touchdown while Tavon Austin has 38 receptions. The St. Louis Rams ground game is averaging 118.3 yards per contest, and Todd Gurley leads the way with 835 yards and six touchdowns. Defensively, St. Louis is allowing 21.4 points and 356.3 yards per game. James Laurinaitis leads the Rams with 87 tackles, Aaron Donald has eight sacks and Janoris Jenkins has 14 pass deflections. Robert Quinn, Andrew Donnal and Trumaine Johnson are questionable.

This may be a game where both coaches are fighting for their jobs. Honestly, the Lions are playing far better football and have had extra time to prepare given that they played last Thursday. The Rams have taken a nose dive recently and now have a very inexperienced quarterback being thrown into the fire.

You can have the home field, I'm taking the better football team in this toss up.