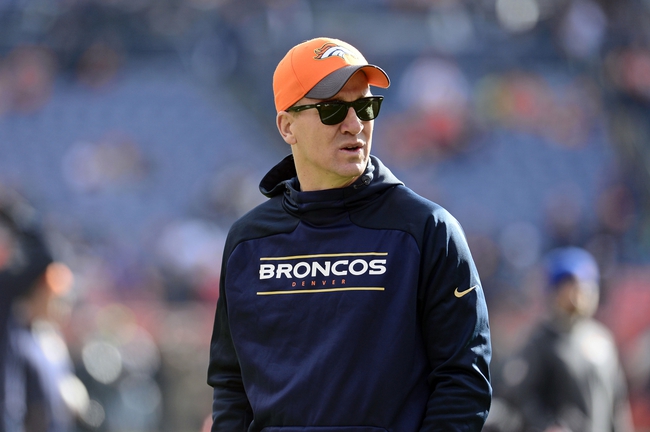 NFL Updates: News From Around the League, Week 15 Schedule and More

Just one more day to wait until the Bucs and Rams get going to kick off Week 15 in the NFL on “Thursday Night Football.” In the meantime, there’s plenty to discuss this morning in our daily wrap-up, so let’s see who’s in the news.

The Patriots are meeting with free agent RB Steven Jackson today, to discuss the possibility of signing him.
The Pats are down a No. 1 guy after LeGarrette Blount injured his hip (he’s out for the year), and the addition of Jackson would certainly fill that void.

In other RB news, the Rams’ Todd Gurley was limited in yesterday’s practice thanks to that knee issue.
Gurley should be fine for tomorrow’s game; the team is just keeping him fresh. He had a great week against the Lions and will look to keep that going against the Bucs.

Brock Osweiler will be the Broncos Week 15 starting QB, according to the team. Peyton Manning is set to return to practice today, however.
Manning still needs a little time to get his foot relatively healthy, but could jump right back into the starting role if Osweiler struggles again on Sunday against a much-improved Steelers defense.

Back to the RB well for a moment: Bryce Brown is set to be the Seahawks’ No. 1 guy this week.
Brown will be ahead of Fred Jackson after the team somewhat unexpectedly released DuJuan Harris yesterday. The pair will have a great matchup against the Browns’ run defense this week.

The Panthers’ Greg Olsen should be okay for Week 15 against the Giants, which is great news for Carolina.
Olsen will likely be easing back into practice this week, so we’ll know more after today’s session. The Panthers have nothing really to play for right now--aside from an undefeated season--so they’ll be cautious with Olsen.

NFL Week 15 Schedule: Let’s take a look at the upcoming round of games on the NFL schedule, along with the start times and TV networks you can catch them on.

The pick in this article is the opinion of the writer, not a Sports Chat Place site consensus.
Previous Pick
Top Ten Takeaways From Week 14 in the NFL
Next Pick
Top Five NFL Week 15 Games